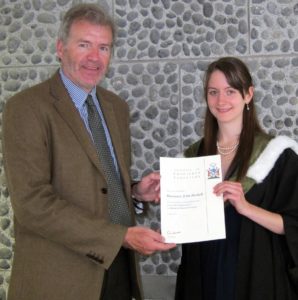 University of Edinburgh student Rosemary Erin Haskell was named the Institute of Chartered Foresters’ Best Student for those graduating from forestry-related degree courses at the University. Erin (22) was delighted to receive her award at her graduation ceremony on 1 July but spoke too of her concern that she may be one of the last few graduates at the University who might receive such recognition. 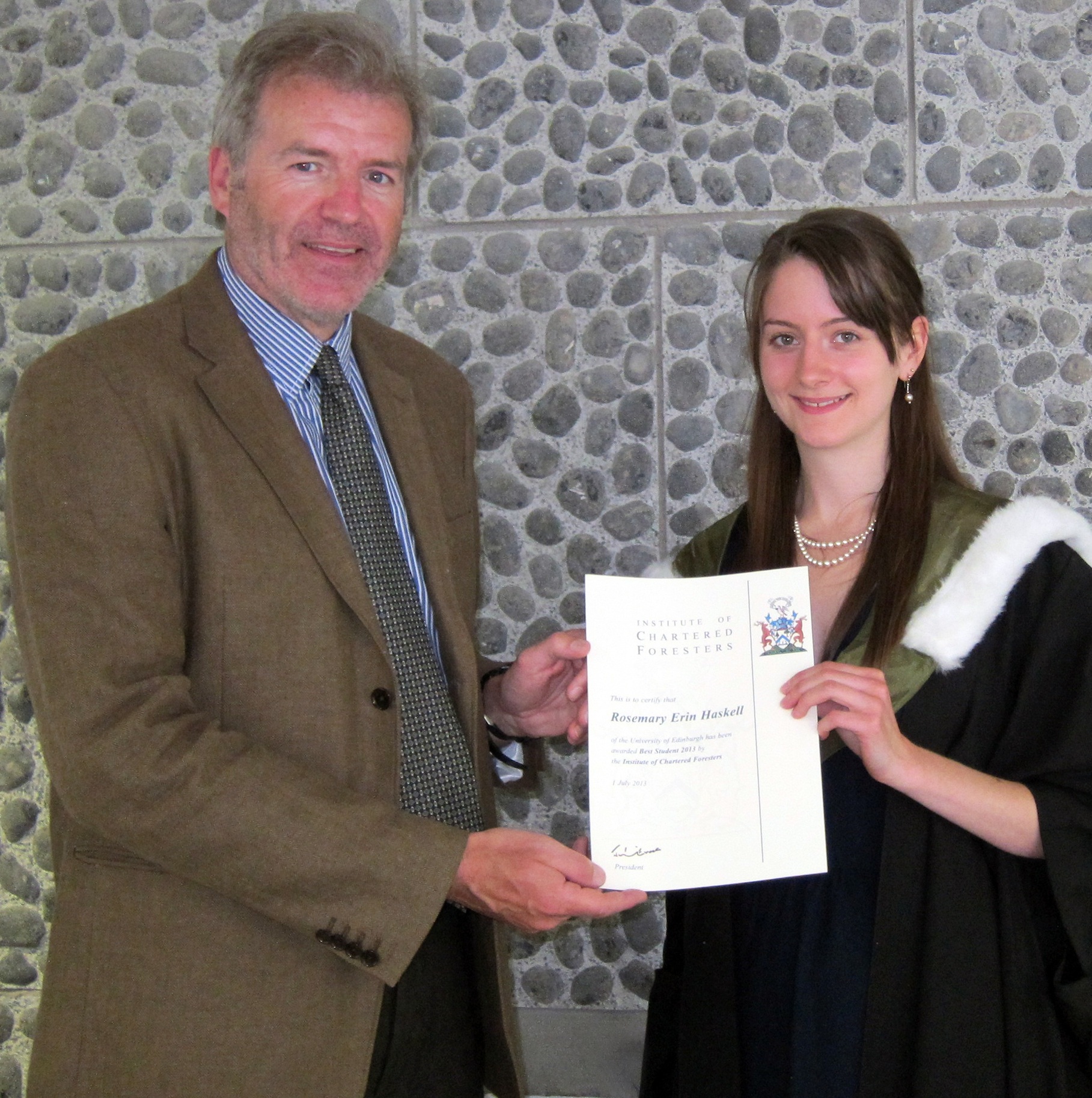 As part of her BSc (Hons) Ecological Science (Ecology) degree Erin spent a year abroad at the University of British Columbia, Canada. Inspired by a course she took in fungal biology, Erin elected to do her final-year project on fungi (endophytes) that live in the needles of Scots pine and may be important components of the tree’s potential resistance against Dothistroma needle blight, a disease that is currently threatening our native pines. Dr Richard Ennos of the University’s Institute of Evolutionary Biology said, “Erin’s work is of a very high standard and provides information that is extremely helpful both in clarifying the taxonomy of the endophytes and understanding more about their biology.”

Presenting the award, Keith Logie MICFor, who is Chair of the Institute of Chartered Foresters’ South Scotland Regional Group and himself a University of Edinburgh alumni, said: “As part of our commitment to maintaining excellence in forestry and arboriculture, the ICF’s ‘Best Student’ awards are very important. The Institute is proud to support graduates at the start of their career, and I am absolutely delighted to present Erin with her award.”

ICF Executive Director Shireen Chambers FICFor commented, “At a time when our trees are threatened by ever increasing numbers of pests and disease, the skills of tree professionals are required now more than ever.  It is therefore worrying to note the decreasing numbers of undergraduates applying to study forestry at degree level despite the high employment rate for these graduates. Universities and the sector must work together to promote forestry as a desirable and attractive career to school leavers. And with degree courses at highly-regarded universities under threat of closure, it is not only our trees that need safeguarding but our future foresters.”

Erin, from Lamberhurst in South East England, now plans to undertake a PhD at the University of York, investigating how beneficial root associated fungi (arbuscular mycorrhizae) can help improve plant defences. She is currently trying to decide what plant and fungal species to use, and hopes to incorporate native woodland plants in this study.

Thrilled with her award, Erin said, “It’s wonderful to receive recognition for the work put into this study, not just by me but by my supervisors Dr Joanne Taylor at the Royal Botanic Gardens Edinburgh and Dr Richard Ennos. I am also pleased that a taxonomic study has been recognised, as this has become quite neglected in recent times. During my degree I was lucky to have the opportunity to take a year abroad to the University of British Columbia, during which time I took a number of fantastic courses at their popular School of Forestry. As a contrast, due to under-subscription at the University of Edinburgh, I believe this is the last year an undergraduate forestry based degree course is being run, so whilst I’m very happy and proud to have won this award, I sincerely hope I will not be the last Edinburgh student to do so. “