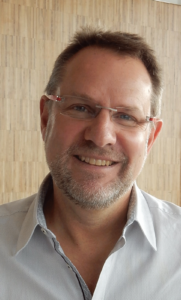 Why is one of the oldest uses of wood quite so controversial?

How is it that European regulators regard using woody biomass for industrial-scale heat and power generation as ‘carbon neutral’ for purposes of carbon accounting but that some NGOs claim it is ‘dirtier than coal’ or poses an existential threat to the World’s forests?

The use of woody biomass in the form of wood pellets or chips has been encouraged by the EU’s Renewable Energy Directive (RED): the UK is at the forefront of the move away from dirty coal and woody biomass now makes a significant contribution as we transition to a cleaner energy system. Moreover, biomass provides vital ‘base load’ which can support the electricity grid at any time irrespective of whether the wind blows or the sun shines. Re-purposing coal power stations to burn biomass also provides new life to otherwise redundant energy assets.

I spent most of the last few years developing the Sustainable Biomass Program (SBP) certification scheme which caters specifically for the needs of the global woody biomass supply-chain now fuelling some of Europe’s power stations and, to my surprise, it soon became clear that burning wood on a large scale to produce heat or power is indeed a very hot topic.

Disappointingly, the debate is all too often based on loose facts, assertion and counter-assertion, so news that the highly-regarded think tank, Chatham House, was taking an interest in the environmental impact of its use seemed to be a positive step. However, a consequent report[1] prepared for them by Duncan Brack is widely regarded by supply-chain businesses as a missed opportunity which largely fails to deliver the much-needed clarity and objectivity expected.

So, what should we as Chartered Foresters make of this debate?

Well, my starting point is that the biomass market is but one of many markets which growers might supply and its growth can provide an additional and welcome option. Generally speaking, it is not the better-paying option with pulp or panel-board markets having a greater capacity to pay than the energy sector. But in major wood pellet-producing areas such as the south-eastern USA where traditional markets have declined it can be a life-saver for growers enabling crops to be thinned and providing a market for other low-grade material and for sawmill residues. The market thus encourages forest management and woody biomass should not be seen as something exceptional but just another forest product supporting the forest economy.

My second observation is that leaving fossil fuels in the ground is clearly a good thing. The carbon emitted by a coal-burning power station has been locked away for billions of years and once released cannot easily be put back in the ground. Whilst burning woody biomass also produces carbon emissions, these are of biogenic carbon which is already circulating within the biosphere rather than geological carbon which adds to the overall total.

The devil is in the detail of course and it goes without saying that the biomass, as with any other forest product, should be sourced from responsibly-managed forests which will continue to grow and reabsorb the emitted carbon. Indeed, it is widely accepted that actively managed and regenerating woodlands will sequester more carbon than unharvested mature woodlands. However, some environmental groups have described woody biomass as ‘dirtier than coal’ because of the ‘carbon debt’ created by harvesting a tree that will take many years to grow back and reabsorb the carbon so, it is argued, that in the short-term there will be a net increase in atmospheric carbon and thus an increase in global warming. But is this really so? Brack’s report considers a range of counter-factual scenarios, i.e. what might have happened without harvesting for a biomass market, but surely the key point is that by focussing on a tree or stand-level the bigger picture is obscured: to be meaningful carbon stocks need to be considered at a landscape or regional level at a minimum. The report concludes that only the use of sawmill residues and post-consumer waste should be supported by regulators but with many wood-baskets showing a net gain in carbon stocks year-on-year does this make any sense? There are big issues here but perhaps the author is dancing on a pinhead using scenarios that don’t in practice reflect the realities of forestry in key source regions.

The report also criticises the global reporting rules and accounting mechanisms used for biomass carbon emissions in which emissions are attributed to the land-use sector rather than the energy sector. Carbon accounting is a highly complex area and ‘carbon-neutral’ is not a helpful term: few if any activities are truly carbon-neutral and there is doubtless room for a more sophisticated approach in future but again I feel that focussing on these accounting technicalities obscures rather than clarifies the realities of real-life forest management and its potential impacts.

My take on all this is that: