Home > News & Blogs > Building Our Future Out of Wood

Building Our Future Out of Wood

Why the 21st Century will be the ‘Wood-Age’
Part 3: Building Our Future Out of Wood

Shelter is one of mankind’s most fundamental needs. In Part 1 of this blog series, we learned that construction of wooden shelters was one of the key technologies that allowed mankind to colonise the world. In Part 2, we heard what a crucial role it played in building civilisations. In this article, Jason Sinden MICFor, Investment and Property Director at Tilhill Forestry, looks at the future of timber in construction.

In construction terms, we are in the ‘Late Concrete Age’. Concrete is the single most widely used construction material in the world and recent demand is such that China used as much concrete in three years (2011 to 2013) as the USA did in the entire 20th Century. As a result, 5% of global man- made carbon-emissions are from concrete manufacture.

The ‘concrete jungle’ can be a hostile environment for mere humans and such structures can be a by-word for brutal architecture and uncompromising urban decay.

“Amid concrete and clay and general decay, nature must still find a way………” (The Smiths, Louder than Bombs).

‘The Smiths’ eloquently described the hopelessness of living amongst a high rise estate, but, if we are to find a better, more human way to build our cities, then how can we achieve it?

The answer, quite simply is to use our 21st Century wood technology.

Current technology, such as the use of cross-laminated lumber has been used to build nine-storey buildings, but 30 storeys are already possible. Buildings of this size make effective use of limited space, whilst remaining at a human scale.

The Stadhaus apartment building in Hoxton, London is built from engineered wood

The Stadhaus was built more quickly than conventional construction, with zero defects. It has excellent thermal and acoustic insulation and is cost effective.

Built using sustainable timber, very little carbon emissions are used in construction. However, the structure itself acts as a store of carbon, fixing 186 tonnes for the lifetime of the building.

At the end of its life, the wooden structure can readily be recycled into panel products, such as chipboard by a range of UK manufacturers. In turn, chipboard can be used as a source of combined heat and power, such as at the UPM Shotton boiler.

One tree, four lives….. a spruce tree spends one lifetime growing in the forest, and another in construction. It can then be recycled into kitchen units, before being burnt in a Combined Heat and Power Station. In the UK, the total lifespan could be over 125 years.

Combined with other factors, such as well-planned transport systems and urban trees and green-space, such construction techniques have the potential to make cities better places to live and raise our children.

So it seems, that the answer to the 21st Century is to build our new wooden structures amongst the trees……..sound familiar anyone?

The clever use of trees can help to ‘humanise’ our cities.

The views and comments are those of the author and do not necessarily reflect those of any particular organisation. Jason Sinden is a professional member of the Institute of Chartered Foresters and a Director of Tilhill Forestry Ltd.

Part 4: The Sexiest Material in the World 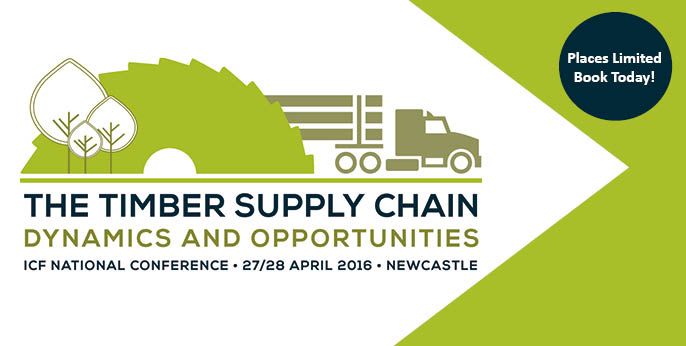