Join us on Thursday 10 February for this #MembersHour which will provide an update on the current situation, through operations and research, with Phytophthora pluvialis.

Following routine surveillance for Phytophthora ramorum, the Forestry Commission identified decline in a stand of western hemlock (Tsuga heterophylla) at a site in Cornwall on both the mature trees planted in the mid-1900s and the naturally regenerated understory. Forest Research analysed samples collected from several symptomatic western hemlock and Douglas fir (Pseudotsuga menziesii) trees and confirmed the presence of Phytophthora pluvialis. This Phytophthora species was originally reported in Oregon, USA in 2013 and in New Zealand in 2014. Douglas fir, tanoak and several pine species (in particular radiata pine) are reported as hosts. In these countries it is reported as causing needle cast, shoot dieback, and occasional lesions on the stem, branches, and roots. Through surveys the pathogen has been detected at other sites in England and in Scotland mainly on western hemlock causing multiple resinous cankers on regen and bleeding lesions on stems and branches. An update of the current situation and findings through operations and research will be provided. 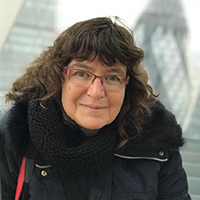 Ana Perez-Sierra is the Head of the Tree Health Diagnostic and Advisory Service at Forest Research (UK), the research agency of the Forestry Commission, a world leader in applied forest science. Over the past 25 years Ana has worked in plant pathology (agriculture, horticulture and forestry) and has undertaken and led tree health research, with a focus on a wide range of regulated pests and new emerging diseases of forests. She is actively involved in the development of an early warning system for the detection of tree pests and diseases at a UK-wide scale and is working in several citizen science projects. Previously, Ana worked at the Spanish Reference Laboratory for the Identification of Plant Pathogenic Fungi under the authority of Spanish Ministry of Agriculture, Food and Rural Environment in Spain and at the Plant Pathology Department at the Royal Horticultural Society Wisley in England (UK). 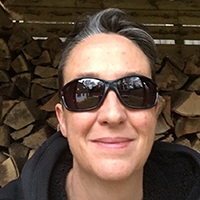 Anna Brown is Head of Plant Health Forestry and contingency at the Forestry Commission and is responsible for leading a team delivering Plant Health Forestry operations for Great Britain, and Tree Health operations in England.  Previously she spent three years as the Head of Tree Health Policy and Practice for Forestry Commission Scotland and 15 years at Forest Research, where she led the ‘New and Emerging Pest and Pathogen’ and ‘Tree Health Diagnostic and Advisory’ Programmes.  She has particular research experience in foliar pathogens of pine and Phytophthora species, and the management of forest pathogens.  Prior to this she obtained a BSc in Forestry from the University of Wales, Bangor and PhD from Imperial College, London.

Taking place on Zoom, this presentation will be followed by an interactive Q&A session.

This #MembersHour will take place on Thursday 10 February between 11am and 12pm. You can also join in the chat on Twitter #MembersHour.

If there’s a subject you’d like to discuss, or potentially host, in a future #MembersHour session then please let us know via icf@charteredforesters.org.

Online Event
Add to Calendar 02/10/2022 11:00 AM 02/10/2022 12:00 PM Europe/London #MembersHour – Phytophthora pluvialis Join us on Thursday 10 February for this #MembersHour which will provide an update on the current situation, through operations and research, with Phytophthora pluvialis. Following routine surveillance for Phytophthora ramorum, the Forestry Commission identified decline in a stand of western hemlock (Tsuga heterophylla) at a site in Cornwall on both the mature trees planted in […] ICF icf@charterforesters.org false MM/DD/YYYY

Do you want to know more about the Institute of Chartered Foresters?

Join us as a member, subscribe to our monthly newsletter or ask us a question.

Become a member
Sign up to Newsletter
Ask us a question!
Menu