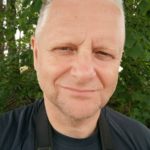 Kenny has been a Wildlife Ecologist for Forestry and Land Scotland for over ten years. His role covers all of Scotland’s publicly owned forests and land and includes ensuring compliance with legislation, while coordinating Forestry and Land Scotland’s species conservation and research work. Before this, Kenny worked for the RSPB and at the Centre for Ecology and Hydrology. He has a degree in Ecology from the University of Aberdeen.

Joshua is a Conservation Biologist. He is currently a PhD student at Queens University Belfast in the School of Biological Sciences.

Update on Forestry and Land Scotland Squirrel Research and Management

Invasive species pose one of the most serious global threats to biodiversity. But has the absence of many predators left us open to invasion by alien species and the introduction of rampant diseases? Invasive species are the main cause of extinction of vertebrate species in the last 500 years and cost >1.7 billion per annum to the U.K. Grey squirrels alone are estimated to cost 10 million a year in bark stripping costs.

Investigations into the interactions of native and non‐native species often focus on the impacts of single species, despite being embedded in a network of direct and indirect interactions between multiple species and their environments. Recent research suggests that native red and invasive grey squirrels in Britain and Ireland are linked by resource and disease‐mediated competition, and by a shared enemy, the European pine marten. There has been much publicity and attention focused on these three species in recent years, and the potential of the pine marten to both secure a future for the red squirrel and protect forestry by providing biological control of the invasive grey squirrel.

Join this session to find out if this is feasible on a landscape scale and to hear a citizen’s science approach to collecting quantitative data, the results, the future, implications for predator recovery for management of forestry and conservation of red squirrels.

This event is open to all, particularly those in forest management and interested in how a small recovering native predator can be worked alongside to remove an invasive alien species that causes damage to biodiversity and the economy.

Taking place on Zoom, each presentation will be followed by an interactive Q&A session.

This #TechnicalTuesday is part of the Institute’s #CPDSeptember and will take place on Tuesday 29 September at 2pm.