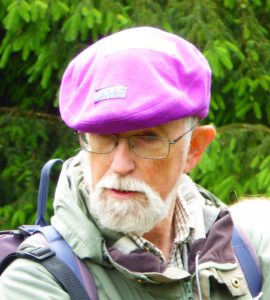 It was a pleasure to find ICF News giving such prominence to an article on silviculture and forest management. But, after reading Kevin O’Hara’s article, I am concerned that parts of his critique of the practices associated with ‘close-to-nature’ (C2N) forestry in central Europe could be unhelpful to readers in Britain.

Here, even-aged management has been the standard silvicultural system applied in many forests, even in those where soils and climatic data indicate that a wider range of silvicultural systems could be used. In the last twenty years, there has been increasing interest in Britain in the use of a continuous cover forestry (CCF) approach implemented through selection or irregular shelterwood systems and this interest is supported by country forestry policies. However, this approach has yet to gain a firm foothold in British forestry since recent estimates suggest that only some 10 % of forests in Britain are managed through CCF, and that patch clear felling remains not only the default option, but often the only option that is considered. In our ‘far-from-nature’ situation, we need a greater courage and readiness to adopt alternative silvicultural approaches where greater structural and species diversity should increase the ability of forests to withstand uncertain future hazards. Since CCF has many similarities to C2N forestry, British foresters thinking of adopting a CCF approach could be discouraged by his article.

Kevin O’Hara makes three main criticisms of the C2N movement which are worth examining briefly. First, he suggests that C2N ‘frequently ignores the dynamism of nature and the important role of disturbance events’. I am not convinced that this is a correct interpretation of recent silvicultural history. For example, the adoption of C2N as the preferred management option in parts of Germany and in Denmark occurred after the major damage to even-aged forests caused by storms in the 1990s and the early years of the current century. In other words, greater use of C2N was a deliberate response to and an explicit recognition of the importance of disturbance, not an attempt to ignore it. Use of C2N was seen as a means of increasing the resilience of forests to such disturbances.
This leads on to my second criticism, where he suggests that C2N is ‘looking backwards rather than to the future’ and, in particular, is ignoring the potential impacts of climate change. My perception is different, in that I find that the adoption of C2N is promoted as a means of adapting forests to projected changes, as outlined by Peter Brang and colleagues in a 2014 paper in Forestry that Kevin cites in his prize winning publication. Furthermore, my reading of the ProSilva principles (available at http://www.prosilva.org/wp-content/uploads/2016/12/PS-principles-2012.pdf) does not indicate a wish to return central European forests to the conditions of some past climatic period. The need to adapt forests to future climate change is explicitly and implicitly recognised at several places in these Principles.

Third, he criticises C2N for a tendency to equate a particular silvicultural system (single tree selection) with naturalness and to neglect the possibility of there being a much wider range of silvicultural treatments available to managers, often producing multi-aged or irregular stand structures. Again, my reading of the recent C2N literature suggests a greater flexibility than is allowed for in his critique – see for example the 2016 paper by Professor Schutz and colleagues cited below. While these authors do advocate single stem selection for forests of shade tolerant conifers such as European silver fir, they explicitly recognise the need to use group based systems or irregular shelterwoods in broadleaved forests or where light demanding species are present. They also state (page 918) that ‘close-to-nature silviculture takes advantage of the great variety of silvicultural tools’, which is not something that one would realise from reading Kevin O’Hara’s article.

In summary, I believe that his article fails to recognise the range of silvicultural practices that are contained within the C2N movement, and that C2N practitioners share many of his aspirations to create diverse, irregular and dynamic forests which are capable of meeting ‘human needs in a changing world’.

The article rightly emphasises the importance of adapting our forests to a changing climate and to new and unforeseen hazards that may result. It also notes that promoting multi-aged and irregular stand structures is a promising way of developing forests that are resilient to climate change and other hazards. However, unlike Kevin O’Hara I believe that the silvicultural first principles we can elucidate from careful study of C2N forests in central Europe can be very helpful in allowing British foresters to develop successful uneven-aged silvicultural regimes as alternative options to the patch clearfelling model, for use in our different climate and with our particular tree species. There is increasing evidence from long standing trials of CCF in Britain (e.g. Glentress, Faskally, Tavistock, Clocaenog) that adopting an irregular silviculture approach is a viable alternative to patch clear felling in many different parts of our country. Most of these trials were initially inspired by visits to see C2N forestry being practised in various parts of Europe, and based upon the recognition that other silvicultural models than patch clear felling were both possible and practical in our conditions.

We should of course not follow the practices of C2N forestry blindly, but we would be foolish not to learn from a century or more of European experience about how to successfully diversify tree species and stand structure.

[This commentary has been written in a personal capacity and does not reflect the views of either Forest Research or the Continuous Cover Forestry Group]. 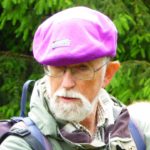