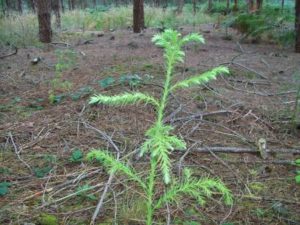 Santon Downham in has been awarded the Woodlands for Climate Change prize for 2014.

The 192ha site in Thetford Forest, Suffolk, received the prestigious sustainability award in recognition of its recent developments in combating environmental challenges.

It was noted in particular that following the outbreak of Dothistroma needle blight (DNB) in Thetford Forest, Forestry Commission England, who own the site, trialled underplanting of thinned stands of Corsican pine with ten shade tolerant conifer species.

Judges were impressed by the way in which the outbreak of DNB had been faced up to at a vast scale and the novel approaches taken to the restructuring of stands, saying: “Early survival and growth of the underplantings was impressive. Unexpected outcomes from the approaches taken have included a reduction in the occurrence of DNB in the thinned stands, and the improvement of micro-climate for some of the frost-sensitive conifers in the underplanting.” 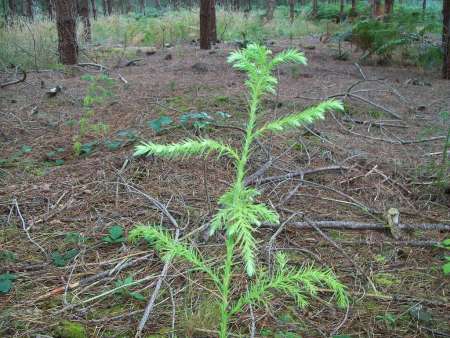 Terry Jennings, Forestry Commission East England District Forester, said: “The team at East England FD are delighted to have received this prestigious award from the RFS. It is a reflection of the dedication and professionalism of the team to add climate change resilience to the forest in one of the, already, driest parts of the country and the challenges this presents.”

The £1000 prize will be awarded to friends of Thetford Forest to be spent on trees for the collection in the Lynford Arboretum that the Friends manage with the FC’s support.

Winning Silver was Treworder Barton Farm, Wadebridge, Cornwall, a commercial eucalypt, Sitka spruce and native broadleaved planting scheme designed around a productive arable farm near the North Cornish coast, and planted with the help of an FC Woodland Creation Grant. 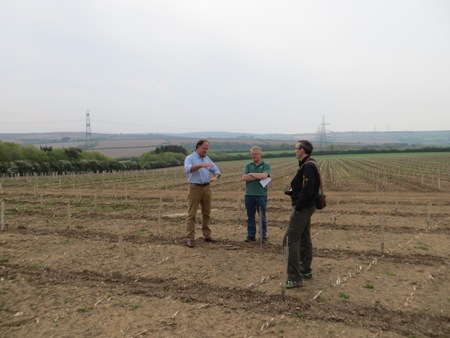 “The farmer and agent, acting as advisor, had made significant efforts to study the planting site, research suitable species and to source appropriate planting stock.

The plantings were very much viewed as a crop, with rotation ages from fifteen years, effectively as short rotation forestry. Sitka spruce plantings were included as an insurance, being a proven commercial crop, and broadleaved planting around the perimeter of the farm provided landscape screening and character.”

“I was delighted with the award, especially as this is a relatively small woodland operation which is very much part of a farm diversification scheme, looking forward at what climate change may bring.

“I looked at the markets and felt that especially here in the South West there will be a shortage in wood to supply, coupled with the growing bio and wood fuel markets which are being driven by the renewable heat incentive. I felt that nobody was really seriously looking at the home grown supply issue with imports sourced from Canada, South America and elsewhere in Europe. Eucalypt has been chosen as a short rotation crop, so being able to grow this on arable land gives it the very best start and we are planning to expand the planting next year.”

The Woodlands for Climate Change award is an RFS initiative supported by Forestry Commission England in partnership with the Climate Ready Project.

The competition aimed to identify woodlands where tree plantings, both new and restocking, are creating sites that are resilient to the predicted challenges of climate change and pests and diseases.