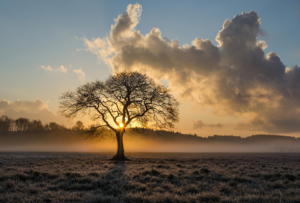 The Institute has welcomed the appointment of Sir William Worsley as the ‘Tree Champion’ to expand England’s forest and woodland cover. The appointment has been made by Environment Secretary Michael Gove MP and follows through on a commitment made in Defra’s 25 Year Environment Plan.

Sir William’s passion for trees was evident when the Institute interviewed him for its Chartered Forester magazine in 2016, just after he became Chair of the National Forest Company. The Institute is delighted such an advocate has been appointed in this role.

“The appointment of Sir William Worsley as the Tree Champion is great news. The role will help to promote increasing woodland creation and planting across England. One of Sir William’s challenges will be to promote the value – and need for investment – in local authority tree management across urban and peri-urban areas to ensure we maintain and increase canopy cover to the benefit of future generations.”

“There is strong anecdotal evidence and improving research evidence to confirm that urban canopy cover is declining around the world, and that is certainly my experience in Britain.

“Successive UK governments have failed to recognise the threat and act to reverse the adverse impact on ordinary people.

“The announcement of a National Tree Champion is the best chance there has ever been to formally recognise and introduce the importance of urban trees into mainstream built-environment management.  These are exciting times and I will be doing all I can to support and promote this long overdue initiative.”

Sir William has been tasked with setting a bold direction for the country’s forests and woodlands over the next 25 years and supporting the Government’s manifesto commitments to plant 11 million trees, plus a further one million in our towns and cities.

Alongside the Government’s recently-launched review into National Parks and Areas of Outstanding Natural Beauty, the Tree Champion will help to improve the environment for the next generation and make the ambitions of the 25 Year Environment Plan a reality.

The Tree Champion’s role will bring together mayors, city leaders and other key players across local government to prevent the unnecessary felling of street trees – alongside supporting the introduction of a new duty for councils to properly consult with communities before they cut down trees.

With a number of grant schemes already in place to help landowners grow woodland cover, the Tree Champion will support the development of a future scheme outside the EU – one that encourages large-scale tree planting, reduces carbon and rewards landowners for enhancing the environment.

As Chair of the National Forest Company, Sir William Worsley currently oversees the successful National Forest – which has transformed 200 square miles of industrial land in the heart of England and now attracts over eight million visitors a year,  helping wildlife like otters, water voles and dragonflies to flourish.

“I am delighted to be appointed as the Government’s Tree Champion. Trees and woods are an important part of my life, as they are to local communities. They transform our landscapes, improve our health and wellbeing and help grow the economy.

“I look forward to working with stakeholders and local authorities to promote these benefits and grow the country’s woodland cover.”