TPOs: Improve your Reaction time and save more Trees 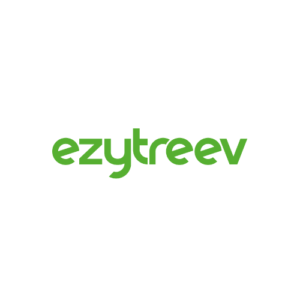 ezytreev is a sponsor of the 2017 National Tree Officers Conference (NTOC).

It’s early afternoon and you get the tip-off, it might be potential development land or perhaps a private garden with some prominent trees, but word is that the tree fellers are due in the morning. Your next move, and how fast you can make it, could seal the trees’ fate. First things first, you’ve checked that they’re not already protected or making way for approved development, but do you now consider a TPO (Tree Preservation Order) or give it up as too short notice?

The answer to that may well depend on just how onerous the TPO process is for you and what support you have, administrative or IT-wise. Making a TPO requires a range of skills; you are the arborist, the diplomat, the legal secretary, the administrator, and sometimes the postman! The whole process needs to be as streamlined as possible so it isn’t something that swallows up vast amounts of your time that really should be spent on something else. Following your site visit, the time taken to serve a TPO should be measurable in minutes rather than days.

Firstly, you need to be able to get straight out on-site with a means of efficiently capturing the trees’ positions and attributes, and considering their amenity value. Armed with this you can cover the ground quickly, recording your observations on a device perhaps as small as your smartphone, without attracting undue attention and will soon be back at the office.

Next you need a speedy decision. Where does your delegation rest for provisional TPOs? The director or your immediate line manager? Preferably the latter, and having built up a level of trust with them and an agreed approach/policy, are they even happy for you to place TPOs and let them know after the event, when necessary for the sake of acting quickly? If the current delegation isn’t conducive to making a speedy TPO, it could be worth requesting a change. Councils review their constitutions and schemes of delegation annually and there’s a strong case for removing such obstacles to making what is, after all, only a provisional order.

Having had the green light to make the TPO, who prepares the document? It wasn’t so long ago that legal services would get involved, but now the legal order, tree schedule and plan can be generated in just a few seconds at the click of a mouse, based on the survey data. Do the order and plan need sealing? If so, it can slow the process considerably. Not all authorities seal TPOs now, so it’s worth asking if it’s really necessary.

The TPO is made, but who should you tell about it? The 2012 changes mean only those who may be entitled to carry out tree work need to be consulted (rather than all neighbours), but even some of those might not need notifying this afternoon. Consider setting a longer consultation deadline (perhaps 6 weeks or more), so that if necessary you can notify only the important parties today. You could then follow this with another batch of letters for the rest (quoting the same deadline) next week, when you have more time and perhaps more ownership details. Even the simplest TPO is likely to have a list of consultees running into double-figures, but whole batches of standard letters can now be generated simply and quickly, and auto-populated with information specific to this TPO, with any resulting objections also recorded against the consultee record.

Lastly, it’s back out on-site to spread the message and perhaps take photos of each tree/group as evidence that the they were standing when the TPO was served. Then hopefully still home in time for tea!

Rob Taylor is part of the ezytreev team at ra Information Systems. He is an Arboriculturist with 11 years experience working as a local authority Tree Officer. For more information about ezytreev’s ezyTPO module contact robert.taylor@ra-is.co.uk or 0330 223 11 33.

Disclaimer: The views and opinions expressed in this article are those of ezytreev and do not necessarily reflect the views of the Institute of Chartered Foresters.