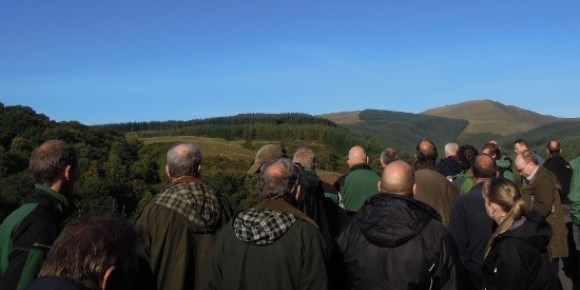 ICF National Study Tour The ICF National Study Tour is predominantly an outdoor annual event, occurring in the autumn at a location chosen to best reflect the topic in hand. The length of Study Tours varies depending on the locations being visited. The tours usually take the form of an indoor evening introduction, with short […]

Task Force Boost to Sustainable Forestry The Government has announced it will implement a host of the forestry sector’s own recommendations to boost sustainable forestry and the green economy in its response to the Forestry Regulation Task Force published on 27 March 2012. The Task Force identified more than 40 ways to make it easier […]

BBC Coverage of Phytophthora Pathogen in Wales Last night the BBC gave coverage to the phytophthora pathogen problems in Wales and tonight Forest Research will be on the news. To watch the programme, go to the BBC i-player, BBC One – The One Show 27 March, the feature piece on FR and tree diseases is […]

BS 5837 New Edition Now Available The revised edition of the BS 5837 2012: Trees in relation to design, demolition and construction – Recommendations was published on 10 April and will come into effect on 30 April 2012. The standard outlines the ‘Principles and procedures for achieving a harmonious and sustainable relationship between trees and […]

The Institute of Chartered Foresters (ICF) is seeking an experienced senior forestry or arboricultural professional to join its team. The successful applicant will be based near Oxford and will report directly to Executive Director and ICF Fellow Shireen Chambers in Edinburgh. Describing the new post Shireen said: “This position is really important for the strategic […]