The Challenges Our Woodlands Face Today and Tomorrow John Weir MICFor asks that we consider new approaches to increasing the long-term resilience of our woodlands. Our woodlands have been managed successfully during the last century under the assumption that the environment they are growing in will be relatively stable. This key assumption is now proven […] 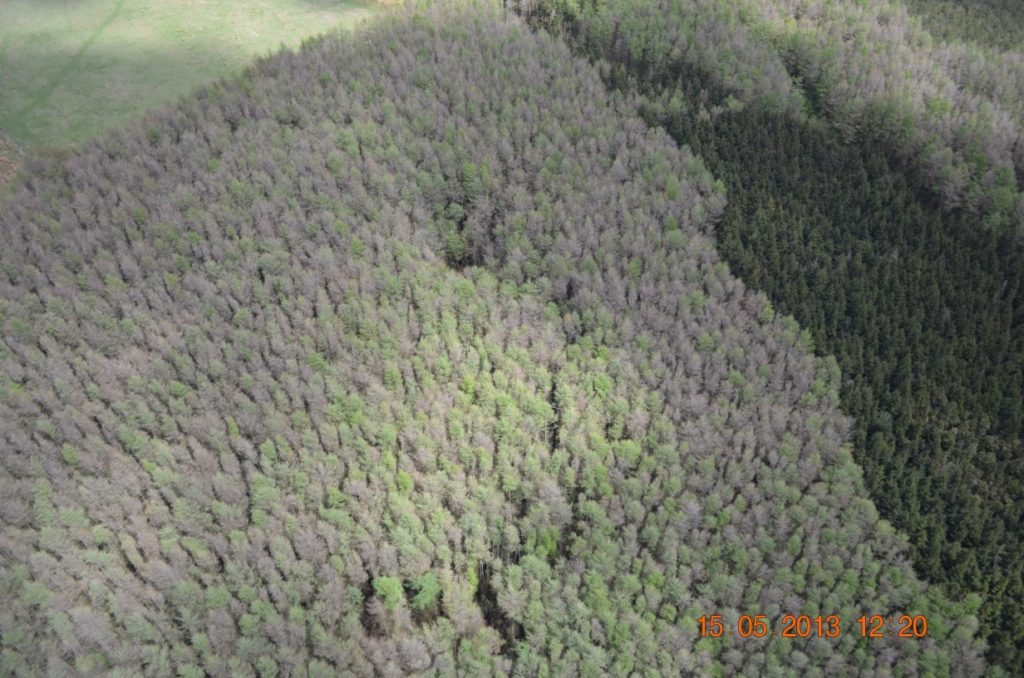 Urgent action to control spread of larch disease The body that looks after the environment in Wales is taking urgent action after surveys showed that a disease which kills larch trees is spreading. The disease, caused by the fungus-like pathogen Phytophthora ramorum, was first discovered in Wales in the Afan Valley three years ago and […]

Forestry Commission Announce Joint Action to Tackle Larch Disease Forestry Commission Scotland is joining forces with the forestry sector to take action to tackle a significant increase in a tree disease that kills larch trees. Phytophthora ramorum on larch was first found in Dumfries & Galloway in 2010 but survey work carried out this spring […]

Forestry Commission Announce Budget Boost to Aid Tree Disease Fight   The fight against a killer tree disease now particularly affecting all of Galloway has been given a £1m boost in the Scottish Government’s budget. Forestry Commission Scotland announced this week that additional funding has been allocated to help Scotland’s efforts to tackle Phytophthora ramorum […]