Jeremy Barrell FICFor discusses this mode of branch failure, and whether a more proactive management approach is possible.

Summer Branch Drop (SBD) is the term describing the failure of mature tree branches in summer, with no obvious cause. SBD events often occur after the onset of heavy rainfall following a prolonged dry spell. There is speculation that this weather combination is significant, but the precise mechanism is not understood and it is poorly researched. It is widely stated that the risk from SBD is so low that precautions are not warranted. However, emerging anecdotal evidence is indicating that it may be more common than first thought, and that a proactive management approach may be justified in some circumstances. 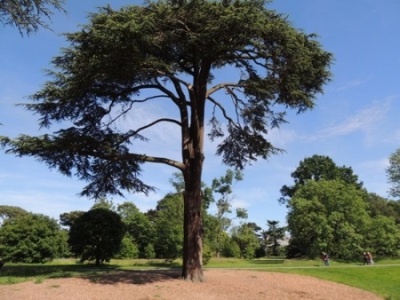 The public and professional profile of SBD rose dramatically following the inquest into the death of Erena Wilson at the Royal Botanic Gardens Kew (RBGK), on 23 September 2012, which was heard in front of a Jury and lasted for three days, from 11–13 June 2014. In addition to evidence provided by RBGK, Dr David Lonsdale provided expert evidence on behalf of the Assistant Coroner and I appeared as the expert witness instructed by Erena Wilson’s family. Horticulture Week reported as the Inquest proceeded:

One of the main Inquest issues was whether the branch failure was caused by SBD. RBGK asserted that the cause was due to a combination of wind and rain; Dr Lonsdale thought it was something “akin” to SBD; my view was that it was SBD because it exhibited more than enough of the characteristics commonly associated with such events. After hearing all the evidence, the Jury returned a verdict of accidental death, stating that “there is insufficient evidence to establish the cause of the branch failure”. Subsequently, Horticulture Week wrote two further update articles:

During my preparation for this case, I worked closely with Erena’s father, Chris Wilson and his legal team, researching previous incidents of SBD and some obvious patterns have emerged. In broad terms, it seems that three primary characteristics must be present to attribute an event to SBD. Firstly, it has to occur on a large mature tree, secondly, the event must take place during a prolonged dry summer period and thirdly, there must be no obvious defect or other cause. If an event has these three characteristics, then it can be considered to have passed the threshold to fall within the broad definition of SBD. Additionally, but not always, secondary characteristics often include the occurrence of the failure soon after heavy rain, in the afternoon, in calm weather and suddenly, accompanied by a load crack. Certain genera are known to be susceptible, as are large senescent individuals bearing long, heavy and drawn out branches with a horizontal point of attachment to the trunk. The fracture is often perpendicular across the branch, some distance out from the union with the trunk, and the condition can be repeated on the same tree.

Although not exhaustive, these initial observations indicate that it may be possible to identify vulnerable trees and the weather conditions when there is an elevated risk of failure. In turn, this may allow managers to target proportionate precautions to reduce the risk of harm where many people come close to vulnerable trees during the periods of greatest risk. In the coming weeks of August and September, that elevated risk seems most likely to be when localised prolonged dry spells terminate in heavy rain.

Read more about assessing the potential for tree failures in the articles on the Barrell Tree Consultancy website.

Keep up to date with SBD and other tree risk management developments on Jeremy’s Facebook page.