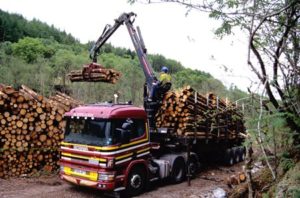 A new report reveals that Scotland’s forestry sector is contributing nearly £1 billion to the economy through forest management, timber processing and recreation – a substantial increase from the previous figure of £670 million.

The forestry sector, including tourism and recreation, is also a major employer, supporting over 25,000 jobs across Scotland. There has been a significant boost to employment levels in the forest management and processing sector with over 19,500 people now working in the industry – a jump of 6,500 (about 50 per cent) compared to the previous report back in 2008. 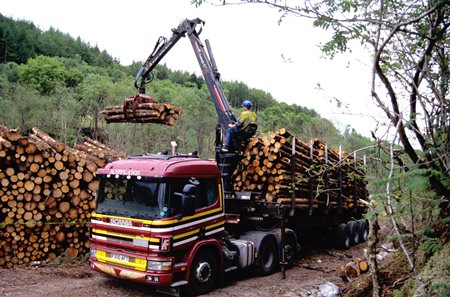 Importantly, many of these jobs are located in rural locations therefore forestry is supporting more fragile economies.

The work of the sector is also vital in enabling other key Scottish industries to grow, such as in the energy, construction, tourism and potentially biotechnology fields. Launching the report, Environment Minister Dr Aileen McLeod said:

“Scottish forestry is very much a hidden success story. It’s no surprise that given the increase in timber production over the past seven years that the sector’s contribution to the Scottish economy has grown with it.

“However, it is the size of the economic growth that is really impressive. And the 50 per cent increase in employment within the timber sector is brilliant news. With projected increases in wood fibre availability over the next 20 years and the industry’s appetite for innovation, adding value and investment, the Scottish Government looks forward to continuing to support this important sector.

“Whilst this report focuses on the economics, we should not forget the other key benefits that forestry brings too. Our forests and woodlands create beautiful landscapes, are crucial in mitigating climate change and are increasingly recognised for the positive impacts they have on people’s health and well-being.

“Scotland’s forestry sector is clearly delivering on many fronts and I want more people to know just what a success story it is and its benefits and contribution to Scotland’s economy, environment, people and communities.”

The previous report into the economics of forestry was carried out in 2008 when timber production was around 5 million tonnes each year.

Timber production is currently sitting at record levels of 7.5 million tonnes per annum.

A Booming Industry in Scotland

“This report demonstrates the growing importance of Scotland’s forest based industry to both rural areas and the national economy, an industry that has bucked the trend and posted impressive growth since the downturn in 2008.

“Scotland has some of the most technologically advanced sawmills in the world and the maturing of the forestry sector is supporting an increasing number and variety of relatively well-paid rural jobs.

“It is a unique sector, the only established industry where greater economic activity reduces carbon in the atmosphere, a topical achievement as the world comes together in Paris in December to tackle climate change.

“We welcome the support that the Scottish Government has given to this booming industry and look forward to delivering even more jobs, economic growth and carbon reductions for the people of Scotland.”