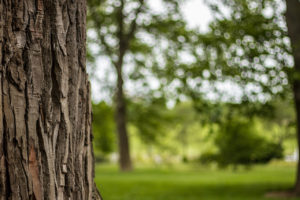 In response to the proposed ban on lead-based ammunition in UKWAS certified woods, Richard White MICFor contacted the Institute to outline his views on the matter.

I am very concerned about the proposed ban on lead-based ammunition in UKWAS certified woods.

I do not believe this proposal is based on good science. My understanding is that metallic lead is relatively inert and unreactive under normal climatic and soil conditions. That is the reason why it was the roofing material of choice for churches and other large mediaeval buildings. The biggest problem with lead in this use is downward creep due to its ductility. Once it has formed a protective oxide coating it hardly reacts at all. It is noteworthy that lead musket balls are regularly picked up at Culloden and on English Civil War battlefields which have lost almost none of their original weight.

This concern was first raised in North America where ingestion of lead shot by ducks lead to enhanced levels of lead in their tissues. There are several factors responsible for this:

These conditions do not apply in woodland and forest ecosystems. Enhanced levels of lead in the tissues of waterfowl in the UK and Europe lead to a ban on the use of lead ammunition for shooting waterfowl over wetlands and on the foreshore. In the UK, at least, this ban has proved to be ineffectual and is largely ignored.

Apart from its harmful impacts on waterfowl which are well documented and whose mechanisms are well understood, the harmful impacts of the use of lead based ammunition in dry-land habitats are much less clear. What is clear from the material supplied by proponents of this ban is that the most significant source of lead in shot game comes from the lead shot itself. What is not at all clear from this material is how much lead in birds (and other wildlife) is due to ingestion from the environment of lead originating as lead shot. A major source of lead in other birds is from wounding with lead shot. Overall, the material contains too much extrapolation and too many estimates and assumptions to be a reliable source of evidence justifying a major change to what is supposed to be a science and fact based protocol.

Moreover, the practical alternatives to lead in ammunition, steel shot and monolithic brass or copper rifle bullets have quite serious drawbacks of their own. They are more expensive than lead-based ammunition and are less dense which means that projectiles lose momentum faster due to air resistance and thus are less lethal at longer ranges. This is significant in shotgun ammunition, less so with rifle ammunition. Copper rifle bullets are significantly more expensive than lead based bullets as their manufacture is more complicated. Less dense copper or brass rifle bullets are longer and thus potentially more stable in flight, but they need to rotate faster calling for tighter rifling and thus higher pressures which require heavier and stronger rifles.

Forests need to be protected against deer in particular but also rabbits, hares and squirrels. Shooting is the only legal, economically affordable and practicable method of deer control in most cases and has its place in the control of other species. Moreover, sport shorting is a major source of income for many woodland owners and income from it justifies the retention of large areas of semi-natural broadleaved woodland in lowland Britain which would be more profitable under conifers without the ‘sporting’ income.

Despite being relatively inert in elemental form, lead compounds, particularly organic lead compounds, are well known to be dangerously toxic substances.  The Centres for Disease Control in the USA and the WHO state that a blood lead level in people of 10 μg/dL or above is cause for concern, while paediatricians deem such a level in children to constitute lead poisoning. This is due to the greater sensitivity and vulnerability of children to the impact of lead compounds on the development and functioning of the brain and the nervous system as a whole. In adult humans, symptoms of lead poisoning become apparent when the lead level in blood reaches around 40 μg/dL and become severe at a level of around 70  μg/dL. A study in the Dakotas in the USA of a sample of almost 800 people who regularly ate birds killed using lead shot found that 1.1% had a blood lead level in excess of 5 μg/dL i.e around half the level of concern.

The proposal to ban the use of lead-based ammunition is controversial because there is insufficient evidence now as to whether the use of lead shot in woodland is leading to a measurable – or even detectable – increase in the amount of lead in the soil and how much lead originating from lead-based ammunition is being ingested by woodland wildlife and what impact this is having. This is a gap which can and should be addressed before action is taken. The carcasses of road-killed pheasant poults, which are notoriously stupid and get themselves killed in numbers on the roads, would make an excellent source of data to elucidate these issues.

I submit that before action is taken, research should focus on the following issues:

There is some evidence that scavenging birds have elevated levels of lead in their tissues but most populations of these birds are either stable or increasing, so is this actually causing measurable and real harm? Are the proponents of this ban within UKWAS responding to proper scientific concerns or to what they perceive to be the trend or an alternative agenda?

If UKWAS moves prematurely on this issue it runs the risk of bringing itself into disrepute for responding to woke rather than scientific concerns and for failure to be sufficiently scientifically rigorous. A partial ban, applying to woodland but not farmland or moorland is highly likely to be ineffectual and ignored and to also weaken the repute of UKWAS. If UKWAS is to retain credibility it must be seen to following advances in knowledge and science and not merely ‘following the curve’ of fashionable opinion.

In the final analysis, this is a public and environmental health issue which requires to be resolved by the state. I do not believe that it is the proper role or place of UKWAS to move unilaterally or lead the pack over this issue. If the evidence indicates that the continuing use of lead based ammunition for hunting (and target shooting) poses a significant threat to public or environmental health, then the state should act to ban the manufacture, sale and use of lead-based ammunition for all civilian purposes. That would deal with the problem if one exists.We have to accept that the military is unlikely to comply or follow suit!

I do not believe that this proposed ban is in the best interests of the forest industry or wider conservation and I urge the ICF to oppose it vigorously.

Read a response to this submission from Jonathan Spencer MBE, former Head of Environment for Forest England and a member of the UKWAS Revision Working Group.

Our monthly policy and research blog updates you on the latest work at the Institute and how you can get involved. Institute News New measures 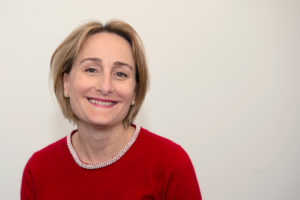 We’re delighted to announce the appointment of Louise Simpson as our new Executive Director. An enthusiastic advocate of the Institute’s mission and values following three 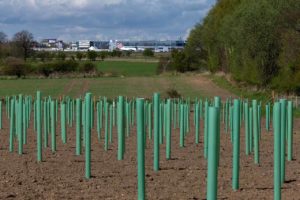 Over 8,300 trees planted at Newcastle Airport

The North East’s largest Airport has planted over 8,300 trees as part of its membership of the North East Community Forest Project as well as