Institute skills paper engaged with by all four UK governments 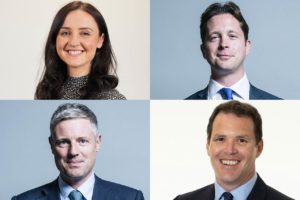 Last month, we sent our position paper on the forestry skills crisis to leaders across the country. The paper cited projected workforce shortages, a crisis in further and higher education and the lack of awareness of careers with trees. We stressed the urgent need for action and offered solutions to address the issues that will enable our sector to deliver on the associated net zero targets.

We need your help

We are asking for your signature of support to urge governments to address the skills emergency.
Sign here

Our paper has received engagement from all four governments in the UK; the UK Government, Scottish Government, Welsh Government and Northern Ireland Executive.

Lord Goldsmith, Minister for the Pacific and the International Environment, responded to our paper  inviting us to meet with him and policy officials from Defra to discuss further. We look forward to meeting Lord Goldsmith in 2022.

Alex Burghart MP, Parliamentary Under Secretary of State for Skills, from the Department for Education has replied in writing to our paper, detailing the department’s ongoing efforts and investment in green jobs to support the net zero target.

Although we are grateful for a response, the Minister’s response fails to address the specific problems related to forestry that we raised in the paper, and instead focusses on generic green careers. We will be contacting the department to request a meeting so that we can further explain the critical issues and push for action.

We received a written response from Scotland’s Minister for Environment, Biodiversity and Land Reform, Màiri McAllan MSP. Her letter was very supportive of the Institute’s work in addressing the skills crisis and she was particularly interested in the idea of developing a leadership scheme and a Forestry Hub, committing to work together in the future on the skills agenda.

Our Executive Director, Shireen Chambers MBE FICFor, and Senior Policy Manager, Jemima Cooper, had a very collaborative meeting with Ms McAllan on 16 November. They were joined by senior staff from Forestry and Land Scotland, Scottish Forestry and the Scottish Government where they discussed how to get more young people, particularly women, into the sector.

Although it is more concise than the other responses, we are pleased to have received a reply in writing from Edwin Poots MLA, Agriculture, Environment and Rural Affairs Minister, where he requested a meeting.

Shireen Chambers MBE FICFor has had a productive meeting with the Deputy Minister for Climate Change in Wales, Lee Waters MS, and we continue to work closely with the Welsh Government.

As a member of the Environmental Policy Forum, we have tabled the skills crisis and our position paper for discussion at the next meeting on Monday 29 November. At this meeting, we will be able to discuss with fellow professional bodies how we can work together to get skills embedded in the curriculum and in government funding across the environmental professions, especially given this announcement from the Department for Education.

Thinking ahead, the skills agenda will continue to be a focus for the Institute in 2022. 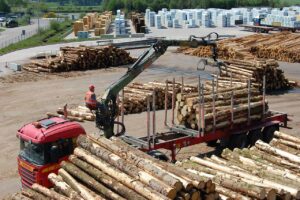 Have your say on the latest sector issues

Express your views on the UK timber industry, managing impacts of deer in England and land reform in Scotland     How can we grow

Our monthly policy and research blog updates you on the latest work at the Institute and how you can get involved. Institute news Launch of

With temperatures exceeding 40°C, the UK recorded its hottest ever day on Tuesday 19 July. These extreme heatwaves are becoming more common due to the