Shireen Chambers FICFor, Executive Director of the Institute of Chartered Foresters, examines the developments and challenges for the UK forestry sector in 2015, a year that has seen a changing political landscape matched with an increased demand for both forest properties and personnel.

2015 may go down in memory as the year Forestry Commission GB started its demise in earnest. Following the appointment in January of Dr Aileen McLeod as the new Minister for Environment, Climate Change & Land Reform in Scotland, it didn’t take too long for the new Minister to set about ‘completing the devolution’ of the management of forests in Scotland from Forestry Commissioners to Scottish Ministers. This jump started the same motion in England and with Northern Irish and Welsh forests already managed by their respective governments it appears there is a greatly diminished role left for a GB Forestry Commission.

Dr McLeod upped the ante by proposing the introduction of a Land Reform Act for Scotland. Among the proposals is the introduction of ‘right-to-buy’ to allow communities to buy land to further sustainable development. Some are worried about the implications for forestry management, while others believe that this is a positive step to ensuring equal access to Scotland’s natural resources. The Institute will continue to emphasise the importance of how the land is managed and not necessarily who owns it. 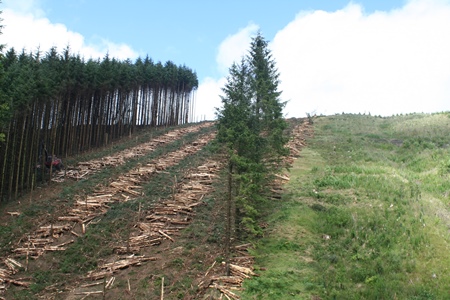 The forestry sector is now worth nearly £1Bn in Scotland.

Meanwhile in Wales, a new Environment Bill was introduced in the spring, which aims to provide a more integrated approach to the management of natural resources in Wales, with a focus on the opportunities that natural resources provide. Key areas of the new bill include improved flood risk management and land drainage, two areas which could usefully learn from our sector’s expertise.

The new Welsh Government Woodland Strategy Advisory panel was also set up and includes, as a member, the Institute’s Development Director, Russell Horsey.

England has followed suit, with the recent launch of the Open Environment Plan, which sets out a 25 year strategy to improve its natural environment. The Government claims that this offers a more cohesive approach to environment policy, but unusually neither forestry nor farming are encompassed into this strategy. The Institute is continuing to engage with Government to ensure that forestry is given the recognition it deserves.

Following the Westminster elections in May we saw the creation of a new All-Party Parliamentary Group on Forestry (APPGF) to promote the interests of the UK forestry sector as a whole. Confor acts as secretariat, while Chris Davies, MP for Brecon and Radnorshire, is Chair.

Grant Challenges and Opportunities in 2015

According to Forestry Commission statistics, 10,000 hectares of new woodland was created in the UK in 2015, bringing the total area to 3.15 million hectares. 44% of this has been independently certified as sustainably managed woodland.

Those who were willing to put in the work on their management plans for UKFS compliance were rewarded with the opening of new funding streams under the Rural Development Programme. However, with all grants comes responsibility. While we heard whispers of earned recognition in England, Wales has moved ahead in 2015 by setting professional standards for their grant applicants. A big win for woodland management in Wales this year was the announcement that the Glastir scheme had changed its terms and conditions for registration as a woodland management planner to include membership of ICF, or an alternative professional body, and adherence to the ICF Code of Conduct.

Tree health was never far from our minds in 2015. In July, Forestry Commission England announced the first findings of oriental chestnut gall wasp, which had been discovered in a woodland in Kent. Meanwhile Chalara continues to spread, most worryingly, in a ‘sheltered area’ of North West Scotland, which was established as part of the Commission’s Chalara Action Plan, leading for a call for a review of this plan. 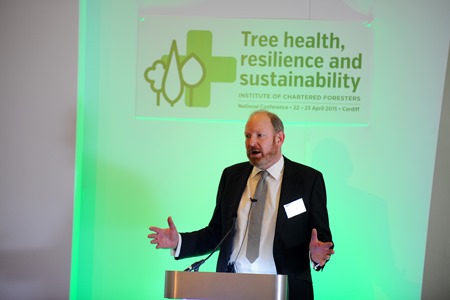 In April, the ICF National Conference focused on this subject. Tree Health Resilience and Sustainability was a rare occasion for knowledge exchange, bringing UK foresters and arboriculturists together with speakers from across the globe offering insights on existing pests and pathogens and potential future threats. Two central messages to come from the conference were: cross-border knowledge sharing opportunities like this were essential, and that it was crucial to start investing in the recruitment of new talent to the sector. Speaking about the Tree Health and Plant Biosecurity Initiative, Prof James K M Brown, Crop Genetics Project Leader at the John Innes Centre, warned that there could be as few as seven forest pathologists currently working in the UK.

A number of positive initiatives were however, developed in 2015. One of these was Observatree, a collaboration between agencies and volunteers reporting on tree health through an app called Tree Alert. In Northern Ireland a similar app has been developed by the Forest Service. The GB and NI Tree Health Advisory Group was established perhaps in the knowledge that 7% of all softwood felling in 2014 came from plant health legislation.

A strong pound and very high stock levels in Europe has meant tough times for processors in the UK this year but this certainly doesn’t put off those wanting to invest in forestry. Tillhill and Clegg’s UK Forest Market Report reported buyers showing an ‘insatiable appetite’ for properties with a total market of over £150 million in the UK in 2015. The debate on diversifying species choice will continue but with a critical mass demanded by the processing sector spruce will continue to be the species of choice for commercial growers.

In December there was further good news for Scotland, when Government announced that forestry (forest management, timber processing and recreation) is now worth £1Bn to the Scottish economy. This is a significant increase on the previous figure of £670 million. 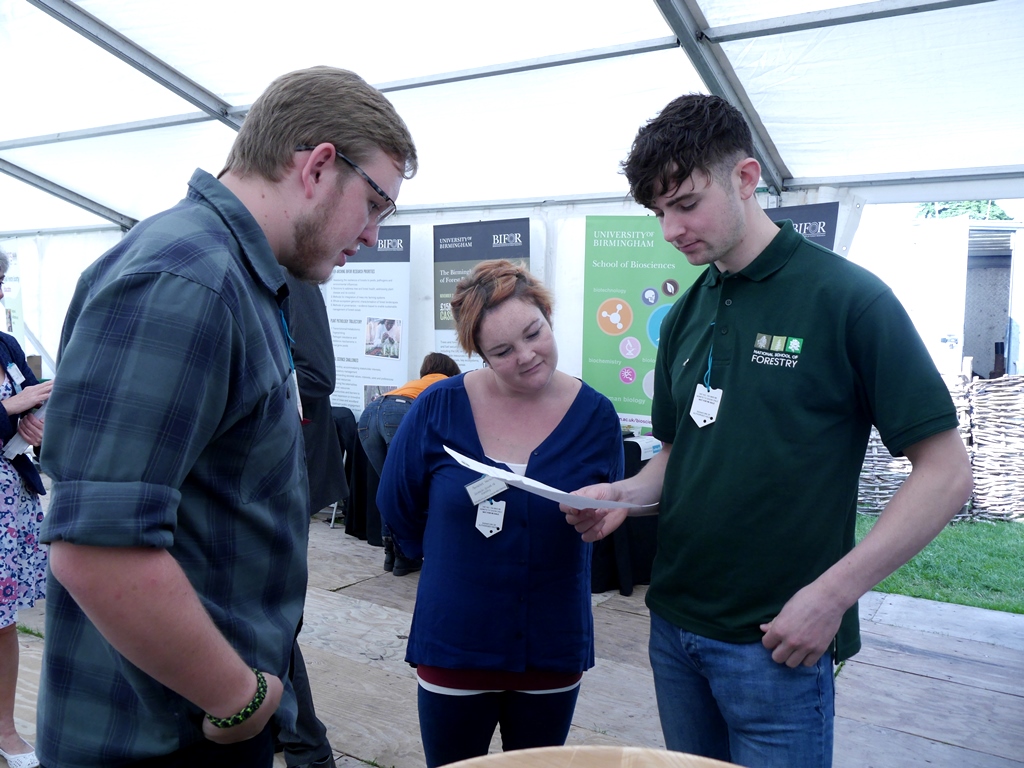 Despite a booming sector, skills shortages continued to be an issue this year. Reports of higher education forestry and arboricultural courses failing to recruit were compounded in 2015 with the news that the University of Aberdeen would be closing its forestry programme, instead offering forestry under their environmental management degrees, which according to the University, “have a broader appeal”.

So what is it about forestry and arboriculture that is not appealing? It certainly can’t be a lack of green credentials or international relevance, or even the opportunity to develop a lifelong career in a £4bn sector that is crying out for good graduates. Perhaps it is not what we are selling, but the way we are selling it. This year the Institute continued dialogue with both the Higher Education Institutions and employers to promote cross-sector collaboration on this issue. We all need to be doing more to promote our sector to a younger audience; the future of our profession depends on it.