We are pleased to be hosting this event that will look at the issue of unauthorised bike trails, featuring presentations and case studies on biodiversity and health and safety. It will also cover up-to-date guidance, hearing from the perspectives of cyclists and forestry professionals. 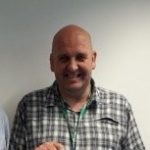 John lives in the North West Highlands of Scotland at Banavie, Fort William, with the Caledonian canal at the bottom of his garden. He’s worked in the forest industry since 1978, starting as a “juvenile worker” in the hill squad, or the school of hard knocks as he used to call it. John has been involved with developing guidance for the management of recreation on Scotland’s forests and land and swapped from being a Forester to a full-time Health and Safety advisor for Forestry and Land Scotland over 12 years ago. He has a very down to earth approach towards Health and Safety in Recreation activities and has been involved in the Visitor Safety Group since its early days of development. John loves being in the outdoors and is happiest when cycling, swimming, motor biking or sailing. 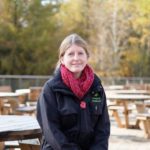 Joanne is a Technical Recreation Advisor for Forestry England, responsible for providing technical advice and support to our recreation and communities teams across England. She started with the organisation on the ground as a Recreation Ranger in the Chiltern Hills, then progressed to a Beat Forester managing 3300 ha of multi-purpose forestry as well as a busy visitor site and forest centre. More recently, she has moved to a national role supporting with guidance, training, operational projects and supporting cross-functional programmes.

Jim is the Head Forester at Longleat Estate, managing 4,000 acres of commercial CCF forestry, heritage treescape, arboriculture and its associated wildlife. He has 30 years of management experience in both public and private sector from MOD, Private Estate, heritage environments, tourist attractions and high net worth locations, both town and country. His career started after an apprenticeship with the Forestry Commission and studied Sparsholt College (NDFor). 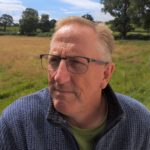 David studied Forestry at UCNW Bangor, graduating in 1984 and worked briefly as a forest surveyor and self-employed chainsaw operator before joining the Forest Commission in 1986 at North Lakes Forest District near Keswick.  He has served a standard FC induction with 3 years on Forest Management, 3 on Harvesting and 3 on private Woodlands.  He became a Chartered Forester in 1997 and moved to FC Wales where I have served in a number of roles before becoming Visitor Management Advisor in 2007.  David helped fellow speaker John Ireland launch OGB 37, Managing Cycle Facilities and was one of the authors of OGB42 Managing Recreation.  He bought his first mountain bike in 1989 and have ridden ever since, riding many of the purpose-built trails throughout the 3 countries.  He is more of a cross country rider, but has ridden at some of the private Uplift Centres in Wales, which he finds way too scary.

David has been an Estate Manager for the Woodland Trust on Dartmoor since 2009. He covers mainly ancient woodland with extensive areas of commercial conifer yielding around 3000 tonnes per annum. He is involved in complex management and a balance of species and habitats in some of Dartmoor’s most important woodlands, alongside a rapidly growing recreational need to be active in the outdoors. David engages with partners such as the Dartmoor National Park in trying to understand the growing pressures of local development and population growth on the fringes of Dartmoor which will bring additional 800,000-day visits per annum within 10 years, in addition to changes that will come from tourism.

Chris is Head of Operations at Outdoor Recreation Northern Ireland, a not-for-profit organisation with the vision of ‘A more active and healthy society appreciating the outdoors’. As part of the Outdoor Recreation NI team, Chris has played a key role in the development of mountain bike trail centres in Northern Ireland – this has inevitably brought overlap with wild bike trails and the challenges they bring. Chris is currently facilitating a pilot project (a first for Northern Ireland) within a popular recreation site on the outskirts on Belfast which will potentially see a local mountain bike club adopt a wild bike trail within the site.

April is based at Forest Research and formerly worked as a Forest Pathologist within the Tree Health team. April worked as a researcher and diagnostician for the Tree Health Diagnostic and Advisory Service. From 2016, one of her research focuses has been forest biosecurity and the potential pathways for human mediated spread of forest diseases. This research investigates two major pathways; forest use for leisure activities and the potential transport of material via commercial harvesting machinery.

Dan is Chairman of Peak District MTB and has been with the group from its early days. Living in the Staffordshire Moorlands, Dan has driven for more access for mountain bikers in the South West Peak District, and regularly organises volunteers for ongoing trail maintenance. Dan has been really encouraged at how land owners, land managers and other stakeholders want to actively engage with Peak District MTB to discuss opportunities for more – and more sustainable – access.

Chris has been a committee member with Peak District MTB for over 6 years and has led on building strong relationships with landowners, as well as developing and driving a number of their key campaigns. Chris has been the lead on a number of their activities; including the successful campaign to raise £74,000 to fix a high moorland trail with other groups; and more recently in driving a 22% campaign by developing profiles across the full range of interested groups. For Chris, ‘working together’ is the big thing; collaboration leads to great outcomes for all. In addition, Chris runs the Keeper of the Peak twitter feed, promoting responsible behaviour in the Peak through crowd sourced conditions updates.

Online Event
Add to Calendar 07/06/2021 02:00 PM 07/06/2021 04:00 PM Europe/London Wild Bike Trails Webinar We are pleased to be hosting this event that will look at the issue of unauthorised bike trails, featuring presentations and case studies on biodiversity and health and safety. It will also cover up-to-date guidance, hearing from the perspectives of cyclists and forestry professionals. Agenda Introduction – Chair The History of Bike Activity at Longleat […] ICF icf@charterforesters.org false MM/DD/YYYY

Do you want to know more about the Institute of Chartered Foresters?

Join us as a member, subscribe to our monthly newsletter or ask us a question.

Become a member
Sign up to Newsletter
Ask us a question!
Menu