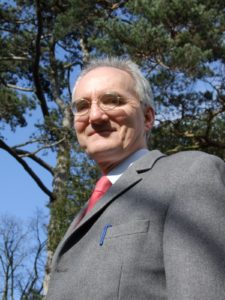 On this week’s blog, Christopher Neilan MICFor, Principal Tree Officer at Epping Forest District Council, discusses the importance of community engagement in public sector tree management. He shares his experiences of success with local communities and the importance of storytelling for communicating key messages.

What’s the future for public sector tree management? Should we keep quiet and hope nobody will notice us? Or is the way ahead to ensure that we have wide public support for what we do? It won’t be any surprise that I believe it’s the second of those options that has the best chance of success! Community support can aid both the routine things – like getting trees planted successfully, or making decisions about TPO applications, to the big things, like developing strategy.

The secret to success, in my experience, has been in framing this engagement carefully, and being open and honest about what you are aiming to do. Early on in my time here in Epping I had to deal with the potential felling of an important protected tree, one of an avenue of mature limes that had been incorporated into restricted front gardens. Several neighbours suggested that the council was victimising the unfortunate tree owners, including themselves, where everyone knew that allowing all these trees to be felled was the only reasonable course. I honestly wasn’t sure that they weren’t right. So I did a survey of attitudes to the trees of the entire road, some 100 properties in all, including a question to identify tree owners, in case their opinions differed from those of the neighbours. Almost everyone replied. What I found was that the overwhelming majority liked the trees, felt that they should be kept, but were anxious about their safety. The results were almost identical whether the respondents owned trees or were neighbours. The tree haters were in a tiny minority! I’d never have known if I hadn’t asked. The result was that I was able to report the application to fell the single tree to the area planning committee (our practice at the time) for refusal with a clear conscience, including this evidence so that our councillors had the broader picture. I also commissioned a tree owner’s report on each tree from an independent consultant with advice as to the trees’ safety and what pruning might be sensible to keep the trees safe. He found that if anything, only relatively minor pruning was required. Interestingly, hardly anyone ever applied! It seemed that the reassurance was enough. 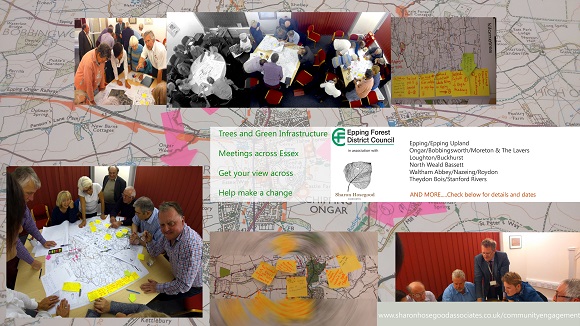 The Value of Storytelling

I’ve learnt to value enormously the calls from tree wardens to tell me what’s happening. I’ve learnt not to put the crosses on the trees for felling before we tell the locals! I’ve learnt that story is important in communicating why trees matter. For example, there is the wonderful tale about the commoner of Epping Forest, Thomas Willingale, who reputedly saved it from destruction by the dastardly Lord of the Manor. He kept a clear head when all his fellows were being made drunk with free liquor, and went out into the forest at the necessary time, returning with his cut branch as evidence, so retaining his rights to lop so preventing its enclosure. And it’s even (broadly) true, and is commemorated still in the Lopping Hall, a public hall in Loughton- and in the name of a local school.

Now we are just starting the consultation for our Community Trees and GI Framework, and I hope to be saying a little more about that at the conference next month.