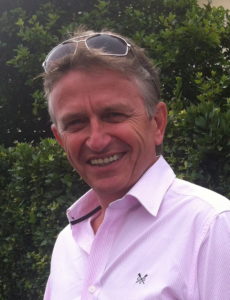 Blog by Dougal Driver FICFor, CEnv  a Fellow of the Institute. Based on his thought provoking speech at the Institute of Mechanical Engineers on 5th June 2017 at the Society for the Environment’s, World Environment Day Conference.

In the 1840s, a young Karl Marx pre-empted his later and more famous theories with an erudite description of how man was becoming disconnected from his place in nature. His observations were later backed up by Engels and Bacon and more recently in 1987, by Norman Moore in his book ‘The Bird of Time’.

I propose that the lack of integration of man in nature, is far worse now than it was in their days. Yes, we have numerous studies and clear scientific evidence about endless facets of the environment, but I feel that we do most, if not all, of this thinking from a preternatural position or ‘outside of nature’.

This arms-length position results in an approach whereby we regard our actions as affecting nature as if mankind was not part of nature. This leads to policies and decisions couched in the language of externality such as saving ‘it’, protecting ‘it’ and even divesting ourselves of ‘it’ whilst we focus on other more pressing things such as the economy. What we fail to grasp as warned by Marx and others, is that we are part of ‘it’.

I risk the cry of ‘hypocrite’ as I introduce this new term to help animate my proposal, because I also believe that we need to look closely at other terms that we have developed around the environment and change our language if we are serious about influencing others to act. Terms such as, making space for nature, ecosystem services, natural capital and sustainable intensification to name but a few.

These terms are well meant but are either impenetrable for everybody outside of the bubble (and many in it!) and/or they reinforce the fallacy that we are outside nature and therefore get goods from it or need to provide a refuge for it.

So what, I hear some say, well, semantics and language, studies and theories can lead to decisions and polices. Take the example of the London City Region which is set to grow by 8 Birmingham’s by 2042 according to AECOMs recent 2065 study (see Ref1).

AECOM observe that London has to go mainly out. There is however a complex barrier of Green Belt, Areas of Outstanding Natural Beauty and National Parks, a scenario reflected in many UK towns, cities and regions. Their report refers to the green belt as toxic and how a better approach would be to have uninterrupted fan shaped spikes of growth spreading out from the city with new and expanded environmental areas. This is a huge challenge to entrenched policies and strategic planners, but I would go much, much further.

Of course our truly wild and unique places should be left well alone by growth but the disconnected, species poor unresilient ‘middle’ ground, well that can be enhanced for all. Every house and every mile of infrastructure should come with associated integrated natural enhancement, cheek by jowl and a win win for all facets of nature including man.

Of course it is not straightforward and it is not what we currently do, but, if we use our instinct and act as we are, an integrated part of nature, then anything is possible because, ultimately, it is who we are.