Trees, People, and the Built Environment 4: Tickets On Sale Now

Programme Launched for Trees, People and the Built Environment 4

With urban forestry high on the political and social agenda, the programme for the UK’s foremost international urban trees research conference has been announced, highlighting the critical importance of creating resilient towns and cities with innovative green infrastructure solutions.

Almost 100 papers were submitted to the Trees, People and the Built Environment 4 conference from esteemed academics and acclaimed practitioners from around the globe.

Russell Horsey MICFor, #TPBE4 Programme Co-ordinator said, “Due to the quality of submissions, the #TPBE4 Conference Steering Group had an extremely difficult task selecting the final papers to complete the programme for Trees, People and the Built Environment 4. Nonetheless, the final programme will address the conference’s main theme of ‘Trees as infrastructure’ and ensure the UK’s foremost international urban trees research conference is a must-attend event for anyone with an interest in urban forestry and green infrastructure.”

More than 50% of the world’s population now live in cities which are exposed to a host of challenges that those who design and plan for the future need to take on board. Trees, People and the Built Environment 4 addresses how urban forestry is integral to the development of towns and cities as places where people want to live, work and play and how the use of trees can bring wellbeing benefits and help to reduce the urban carbon footprint. 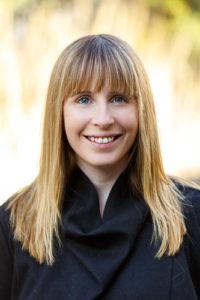 The conference at the University of Birmingham takes place on 22 and 23 of April 2020 and is an important academic gathering for professionals from across the world in a range of disciplines in both social and natural sciences.

#TPBE4 is hosted and organised by the Institute of Chartered Foresters (ICF) on behalf of a group of partner organisations.

Shireen Chambers MBE FICFor, Executive Director of the Institute of Chartered Foresters, welcomed the opportunity for collaboration with such a wide range of natural and built environment organisations;

“The Institute of Chartered Foresters is immensely proud to host and organise the Trees, People and the Built Environment conference series on behalf of the conference partners. The event is a unique opportunity for professionals from across the natural and built environment sectors to meet and collaborate on the important issue of urban greening and it is imperative that we provide opportunities such as this for joined-up thinking across professions.”

Early bird tickets are available and it is advisable to make the most of this offer, which affords a £66.00 discount on full-price two-day tickets. Early bird booking ends 1 December 2019. For further information and booking visit: https://www.charteredforesters.org/event/trees-people-built-environment-4/

The Institute’s objectives are the maintenance and improvement of the standards of practice and understanding of all aspects of forestry and arboriculture, the protection of the public interest and the promotion of the professional status of Foresters and Arboriculturists in England, Northern Ireland, Scotland and Wales.

Now approaching its 100th anniversary, the Institute has undertaken its remit with a determination to support the tree management professions while promoting the proper care and management of forests, woodlands and trees throughout the UK.

Interview with Professor of Environmental Economics