Desmond, Eva and Angus – for thousands of people across the UK, these names will evoke traumatic memories. They are the names of storms that hit the UK in the winters of 2015 and 2016. In December 2015 a succession of storms hit the north, flooding around 16,000 homes making this the wettest December in England for a century, and causing devastation across Scotland and northern England. Then in the first named storm of 2016, storm Angus caused huge rail disruptions and left over a thousand properties in the South West without power.

With the severity and frequency of flooding events increasing, it is clear that we need to take preventative action. Human infrastructure such as buildings and roads, and land use with compact soils such as cropland, are much less permeable than natural land covers. As a result, water runs over these surfaces more quickly, taking topsoil with it, and enters rivers which end up bursting their banks. Or surface water flooding occurs as rain water cannot easily penetrate the ground. Nature, however, can be part of the solution.

Natural flood management (NFM) is the alteration, restoration or use of landscape features to reduce flood risk. Trees, hedgerows and woods are a vital part of natural flood management, and strategic planting can have a positive impact in areas experiencing floods from rivers and surface water. 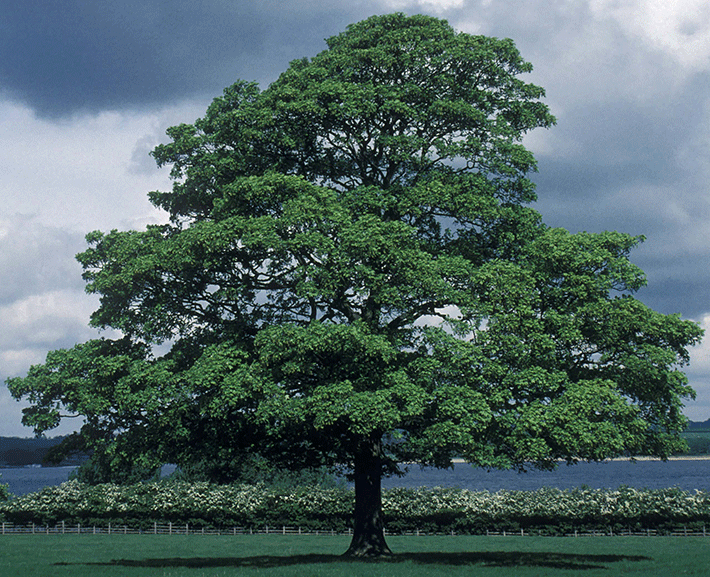 There are a number of ways trees can help to reduce or prevent flooding:

Rainfall is intercepted by the canopy of a tree and later evaporates from the leaves or drips from leaf surfaces and flows down the truck to eventually infiltrate the soil.

Water penetrates more quickly and more deeply into soils under and around trees than on, for example, lawn or pasture without trees. Tree roots create channels in the soil known as ‘macropores’, and water from heavy rain will infiltrate the soil using these channels rather than flowing over the surface and leading to floods. In compacted soils, tree roots have been shown to improve infiltration by 153% compared with unplanted controls.

Trees remove water from the catchment area leading to a significant reduction in pressure on drainage systems in urban areas and a reduction in flood risk in rural areas by absorbing runoff from roads and agricultural areas.

Trees, shrubs and deadwood along streamsides and on floodplains act as a drag on flood waters, holding back water and slowing the flow during heavy rainfall.

So the basic takeaway is that trees reduce the amount of runoff and water is released more slowly into water bodies.

Scientists have begun to measure how effective trees and wooded areas are at reducing flood risk, and the results are astounding. A multi-scale experiment, the Pontbren Project in Wales, showed that sheep-free plots planted with broadleaved trees were on average 67 times more effective at absorbing surface runoff than grazed grassland. Evidence from a number of studies indicate that tree planting can significantly reduce peak flood flows, flow volumes and time to peak at small scales (within plots, fields and very small catchments), although this effect diminishes as the scale of the catchment increases.

As trees deliver clear benefits for flood reduction, and provide multiple other ecosystem services, we need government investment in natural flood management and a clear commitment to tree planting. The Woodland Trust is working with landowners and communities to deliver tree planting as part of natural flood management schemes, and lobbies government to assess the potential for NFM and to incentivise woodland creation to deliver more resilient landscapes. 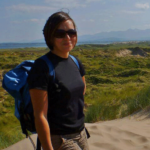 Karen is an advisor in the Conservation Team of the Woodland Trust. Her role involves managing biological data, collating and synthesising recent research, and producing reports and external facing publications.