The Scottish Parliament is currently considering the Forestry and Land Management (Scotland) Bill. Arguably, this is the most significant piece of forestry legislation since the Forestry Commission was created in 1919.

ICF members with any concerns about its impact have until 16 August to submit their views to the Scottish Parliament – to do this see:

This Bill transfers the powers of the Forestry Commission to Scottish Ministers – and for the first time in nearly 100 years there will be no statutory body with responsibility for forestry in Scotland. Instead, everything will come under Scottish Ministers and their staff.

If the Bill goes through, Ministers will set up a Forestry Division within their Environment Directorate (to deal with policy, grants and regulation) and a new agency (to manage the National Forest Estate). This new agency will also have a broader land management role, as envisaged in the land reform process. Looking further ahead, the Scottish Government would be free to change these arrangements, for example by merging the Forestry Division with other Divisions. Like many others, ICF is concerned that over time this could easily lead to a loss of professionalism and focus on forestry.

That said, some aspects of the Bill are welcome, such as the new duties to promote sustainable forest management and to prepare a forestry strategy. There is also a lot of text on felling and restocking, although the important detail about exemptions etc will be covered by separate regulations. Another critical area is the future of forest research and other “cross-border” functions like inventory and forecasting – but all this is still under discussion with Defra.

The new Bill ought to provide an opportunity to build on the successful development of Scottish forestry over the past century by creating a professional forestry organisation to take forward the work of FC Scotland. In its response to the Scottish Government’s 2016 consultation paper, the ICF stressed the advantages of maintaining, in a fully devolved form, a single forestry body for Scotland that is overseen by a management board with non-executives drawn from the private and voluntary sectors. However, the danger is that if the Scottish Parliament decides to simply abolish the Forestry Commission in Scotland –  transferring its powers and duties to Scottish Ministers – we will see a gradual loss of focus and professionalism, and less accountability to stakeholders.

(Full details of responses to the 2016 consultation paper, including the ICF response, can be found at https://consult.scotland.gov.uk/forestry/future-of-forestry/.) 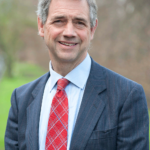 A graduate of Edinburgh University’s Department of Forestry and Natural Resources, Mr Henderson Howat spent most of his working life with the Forestry Commission, mainly in Scotland, where he was the Commission’s Deputy Director. He also headed the Scottish Government’s Agricultural and Rural Development Division. Earlier in his career he worked in Thetford Forest; managed pine and eucalyptus forests in Swaziland; and was Forest District Manager in the Loch Lomond and Trossachs area of central Scotland. He has undertaken consultancy work for the United Nations Forum on Forestry and for the Food and Agriculture Organization of the United Nations.