Trees, People, and the Built Environment 4: Tickets On Sale Now

Andrew Heald MICFor visited Ukraine at the end of January 2017. For several years, I have been working for WWF (World Wildlife Fund) on their New Generation Plantation Project, focussing on the better management of plantations, particularly in South America and South East Asia. Following on from this international experience, I was offered a chance to visit Ukraine earlier this year. It was a great opportunity to learn more about the hardwood forests of Eastern Europe.

The Carpathian Mountains in the west of Ukraine are sometimes described as the geographic centre of Europe. This is challenging when we tend to see the continent of Europe as being a political construct rather than a physical creation.

The Ukraine and the UK have some interesting forestry comparisons: relatively low levels of forest cover at only 15.9%, large areas of under managed and over mature woodlands. In addition both countries are importing more than double the timber they produce domestically. This is combined with reducing number of students studying forestry and a state forest service looking to explore new options for the future.

Ukraine is a huge country at over 600,000 square kilometres (larger than France). Looking at Wikipedia, I noticed that in brackets it says (576,500 sq km without Crimea). Prior to my trip, I was increasingly concerned reading news articles about Russia’s military activity in the south of Ukraine.

Ukraine’s forests are very unevenly distributed, with the majority being in the north and west, particularly in the Carpathian Mountains region, which has 50% forest cover. This part of Ukraine is a long way from the military activity in the south, but has also had a turbulent history. A standard joke I heard several times was that “My grandmother has never left the village where she was born, but has lived in 5 different countries.”

Unfortunately there wasn’t enough time to see the wild woods of Uholka-Shyrokyi Luh, which is the largest area of primeval beech forest in Europe. However we did visit the Oak forest of Berehivs’kyi, which is part of the local forest district in Zakapattia, comprising about 32,000 hectares with 220 staff in total. The Oak forest is actually a plantation, planted in about 1900 with an initial spacing of about 5,000 stems per hectare. This was to ensure good form and allow lots of choice when selecting for a final crop. We were on reasonable brown earth soils and at low altitude but with declining rainfall and falling ground water levels, the local foresters were concerned that the trees were beginning to struggle. The Oak is thinned every 10 years, each tree to be removed is marked and given a unique number. This number is then transferred onto a barcode which is attached to every harvested saw-log. The state forest service have an electronic database for all the timber they harvest. This helps with the export ban on round-wood timber and they use the database to clamp down on illegal harvesting issues.

The export ban appears to be working and has increased investment in local saw-milling and timber processing. But it has become a significant issue as Ukraine negotiates closer ties with the European Union. However local saw-millers that I spoke to were more concerned that a large timber company would establish a mega sawmill in the Ukraine, focused on export and would put many of the smaller traditional mills and furniture factories out of business.

We also visited ENO Mebli Ltd, a factory making wooden furniture for Argos, and Marks and Spencer, but predominantly for Ikea. They used Beech exclusively, all harvested by themselves from the state forest service, processing about 60,000 cubic metres each year. In simple terms the beech was slabbed, and then sawn in to smaller sections, which were then finger jointed together. The factory was efficient and very busy, but with a lot more people than you would normally imagine in a similar UK facility. Next time you sit on an iconic Ikea Poang chair, stop and wonder if it started life in a Ukrainian forest.

A short week only gave us flavour of this huge country, I returned home with numerous gifts and good wishes from all the people that we met. We were shown enormous hospitality and hopefully which we can reciprocate when we are the hosts for the return visit to Scotland in March.

I visited Ukraine at the invitation of Dr. Dan Ridley Ellis of Napier University, and was funded by the British Council. The aim of the trip was to explore the potential for future collaboration in forestry education and research. We were accompanied by Amanda Bryan MICFor who is Chair of the National Committee for Forestry Commission Scotland, and also lectures at the Scottish School of Forestry. Amanda is writing an accompanying blog, about our visit to the Ukrainian National Forestry University and the potential for co-operation with Scotland. This will be published shortly. 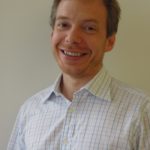 The Urban Forest – In the Cloud