On 26 June, ICF hosted a lecture with environmental writer George Monbiot, who presented his views on rewilding Britain. Our guest blogger Rob Yorke, Rural Commentator, offers his analysis of the event and the issues raised for foresters, conservationists and farmers.

George Monbiot is very good at tailoring his inspiring and evocative talk to the audience. Whether the ICF members had come to Edinburgh to hear about woodland mega-fauna or what tree species he planned to use in his rewilding campaign, the answer soon became apparent.

Monbiot regaled us with an ancient hunting lullaby based around the lynx, just one of the fauna intrinsic to ‘mass ecosystem restoration’ rewilding projects . A more iconic, ‘rural community friendly’ beast than the wolf, the lynx enjoys eating roe deer – a sworn enemy of ornithologists for eating songbird habitat, and of course, rewilders and commercial foresters for the deer’s taste in trees. What else would explain the absence of roe in Wales, earmarked for extensive forestry planting fifty years ago? But I digress.

As did Monbiot, into a field well loved by him. Farmer bashing – for both the wrong and right reasons – is a sport that seems to grip not only Monbiot, but many others. I sensed that some foresters might have been as voracious as a big cat on a large herbivore in discussing Scottish farming. Monbiot’s beef is not with the lowland farmer who should focus on food production, but with the upland farmer who presently occupies the unproductive ground he wishes to re-wild with trees.

Why do farmers have to comply with European subsidy obligations when they could give them up to become tourist guides and manage upland flood defence systems? Conservationists didn’t get off scot-free either, with their designated reserves manicured by prescriptive management plans – probably not dissimilar to most of our gardens. Monbiot is at his most powerful tapping into our ‘wild side’ without the hum-drum of having to deal with the complexities of rural socio-economic consequences.

It’s a good debate that needs to be had; but to really bring these dreams alive, ambition must be tempered with realism and a requirement to bring rural communities with us. Instead of merely gathering disciples that hang onto his every word, Monbiot could use a sniper’s rifle on say poor farming practices, rather than a machine gun that disenfranchises any landowners who may be seeking a more nuanced engagement on the subject. This may not suit his sometimes divisive Guardian columns, but it might create a more constructive conversation amongst the people that can make it happen, to the benefit of all of us. 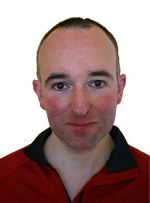 TPBEII: Two useful days for a forestry or arboriculture student