Myerscough College Professor and Fellow of the Institute of Chartered Foresters (ICF) Dr Mark Johnston FICFor is the first UK recipient of a prestigious award from the International Society of Arboriculture (ISA) –  the  Alex L. Shigo Award for Excellence in Arboricultural Education

The top international accolade is in recognition for Dr Johnston’s work in enhancing the quality and professionalism of arboriculture through education. He was given the award at a ceremony in Toronto, Canada, as part of the ISA’s annual conference.

“Dr Johnston has worked as a contractor, consultant, tree officer, and college professor to connect people with trees in schools and communities throughout Britain and Ireland. He has helped hundreds of young men and women complete their degrees in arboriculture in addition to his development of online courses to make higher-learning available to students everywhere.” 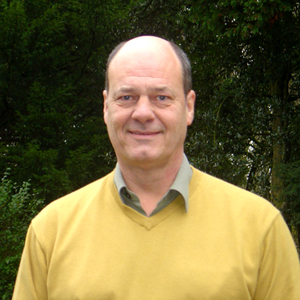 Mark, a research fellow in arboriculture and urban forestry at Myerscough College, said of this most recent award, ” I’m surprised but absolutely delighted to get this recognition specifically for my work in arboricultural education, which extends back to the mid-1980s. So far, I have spent a total of eighteen years in the education sector, and it has been the thirteen years at Myerscough where I have been able to make the most impact. And much of that is thanks to some excellent colleagues and, most of all, a wonderful body of students who have given me the enthusiasm to continue, year after year.”

Among Mark’s many key achievements in a career spanning more than 40 years is the development of Myerscough College’s Master of Science course in Arboriculture and Urban Forestry, the only post-graduate course of its kind in Europe. He  has acted as an advisor on urban tree management to the European Commission, was responsible for the Forest of London project and led Britain’s first city-wide urban forest initiative and inspired other major urban forest projects across the UK. His Trees in Towns II survey for the government on urban trees in England is considered an influential policy and practice guide. He is also Chair of the steering committee for Trees, People and the Built Environment II – a major international urban trees research conference that the ICF is hosting as its National Conference in April 2014 in partnership with 19 other organisations including the ISA.  In 2007, Mark was appointed MBE in recognition of his services to trees and the urban environment and in 2009, he received the Award of Merit from the ISA, the highest honour it can bestow for services to arboriculture and urban forestry.