The ICF’s attendance at this year’s biennial South West Woodland Show was marked by a day of successful networking and the recruitment of several potential members which left ICF stalwarts Allison Lock (Communications and Events Manager) and Alistair Rennie (Marketing Officer) duly satisfied with their day’s efforts. 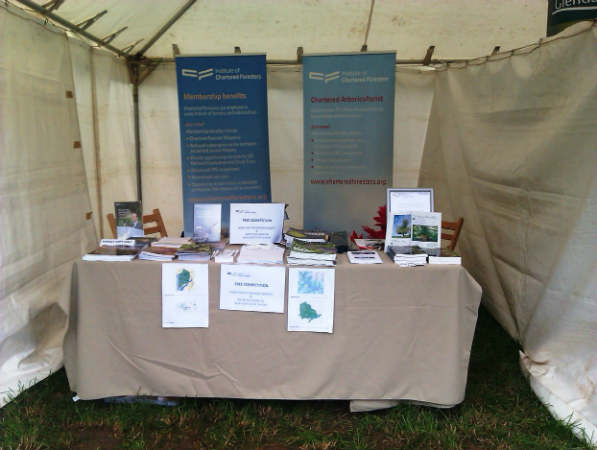 The hospitality of Confor was, as always, exceptionally warm and the flawless organisation of the event a treat to behold. The location of Longleat proved yet again to be a wise as well as beautiful choice. For the most part, it was accessible and easy to get to, with some complimentary attractions in the surrounding area that were well worth taking in: 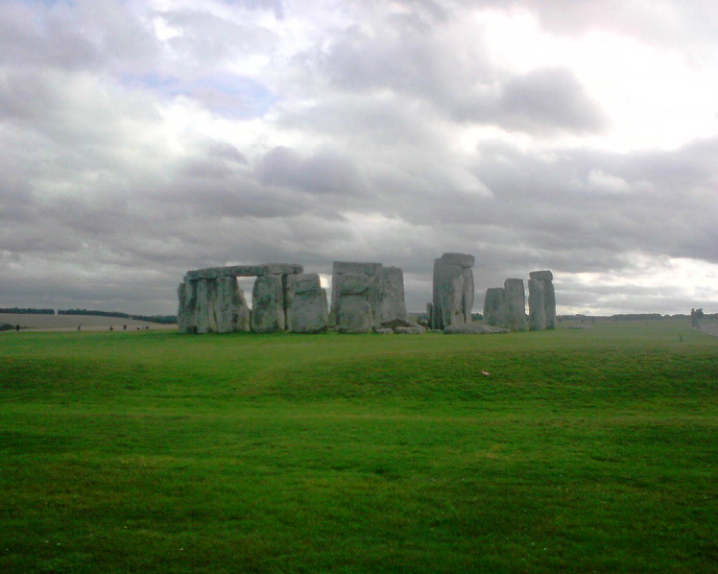 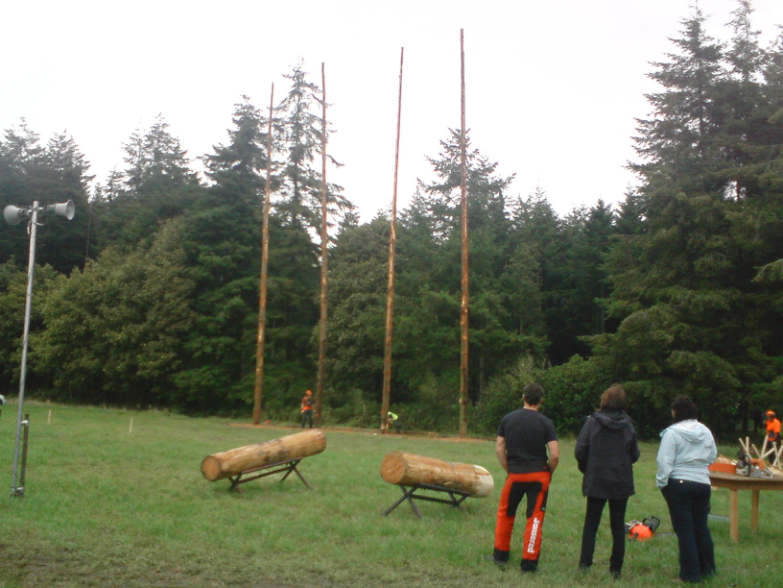 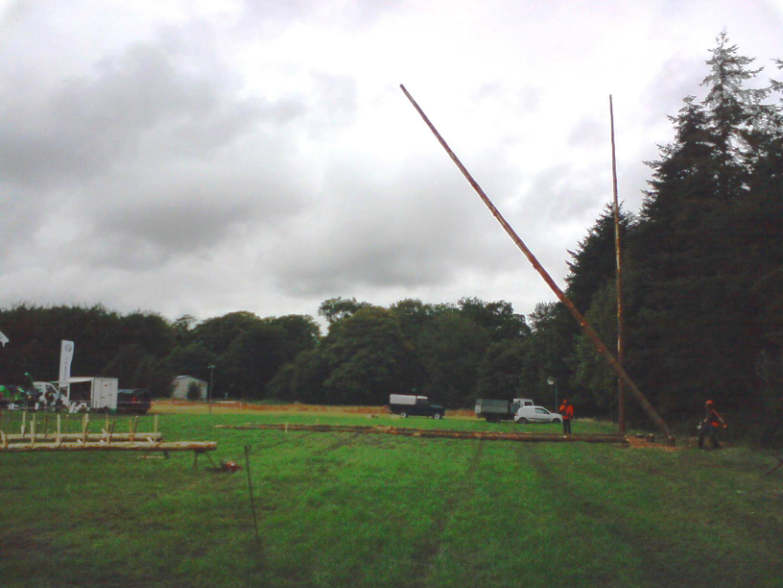 PHOTO – Spectators are treated to a spectacular tree felling demonstration.

The beer tent was in its proper place of easy access for all who required its special brand of energy drinks, here supplied by Wiltshire’s very own Keystone Brewery , whose range of ales provided a surefire winner of public and professional approval across the showground and beyond.

Among other esteemed members and acquaintances of the ICF, Allison and Alistair had the pleasure of meeting Vice President of the Royal Forestry Society, Nicholas Halsey; Jez Ralph and Michele Kerry from The Silvanus Trust; ICF Welsh Secretary Richard Curtis of FC Wales; and Chantel Brown from the UK Farming and Wildlife Advisory Group (FWAG). 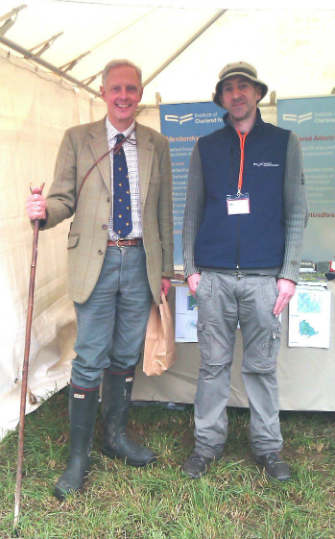 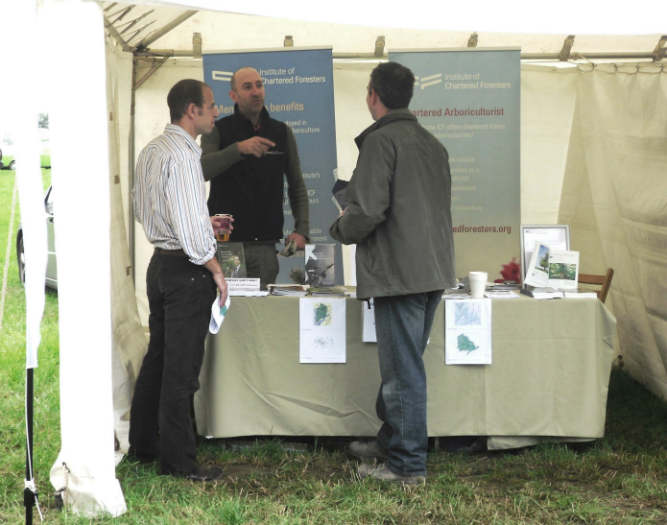 PHOTO – Alistair points the way to the beer tent for Jez Ralph and Richard Curtis.

ICF’s representatives were delighted to meet and receive the kind assistance of David Adam, new MD of Duchy Timber. Alistair was particularly grateful to acquire transport from David to Bath in the aftermath of Show, where he was due to spend a weekend break in Somerset’s most famous town, and where he was also able to take in one of the most eagerly anticipated fixtures of the English professional rugby calendar (Bath versus Saracens): 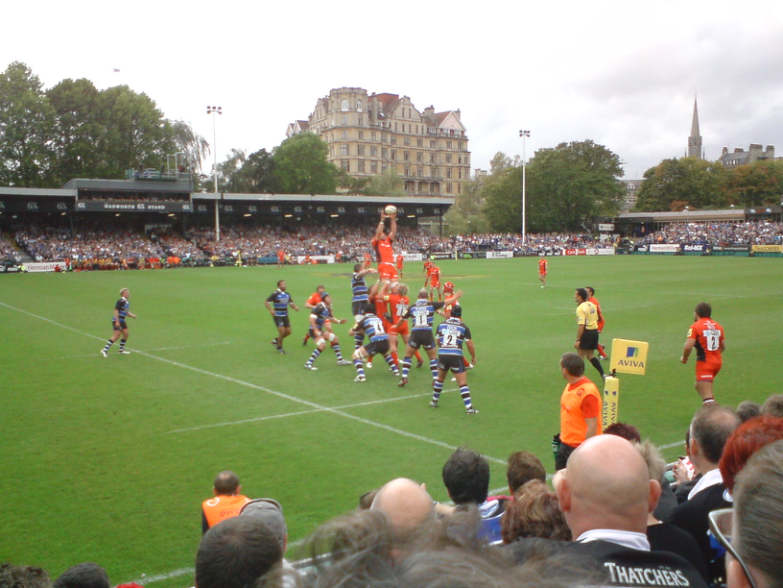 All in all, then, a magnificent day of Forestry-related activities and exchanges was held and enjoyed by all who attended. It proved to be yet another another classic success for the Confor hosts who, no doubt, will already be planning ahead for the APF Internation Forestry Exhibition in 2012.