Alastair Sandels qualified as Professional Member of the ICF in 1992 and was appointed Fellow of the Institute in 2010. He completed the MSc in Forestry & Land Management at Oxford in 1982. With over 35 years’ experience in the industry, he is currently a Director of The Forestry Industry Safety Accord (FISA). Formally MD of Fountains Forestry, in 2016 he formed Trioss, a business with global reach, whose focus is organisational development and capacity building in the context of Climate Change Adaptation and Decision Mapping. Its services enable and open new routes to longer term resilience and identify barriers to taking effective action. Alastair was co-opted to Council in 2016 and served as Finance Officer to the ICF. 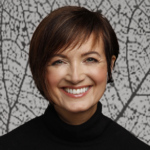 Sharon is a Chartered Arboriculturist with experience in local government and contracting. In 2007, she assumed the role of Managing Director for a private environmental consultancy. Since 2015 she is the Director of Sharon Hosegood Associates Ltd. Her specialisms are trees in relation to planning and construction, tree hazard management, and tree radar. Sharon is a Fellow of the Arboricultural Association, board member for Institute of Arboricultural Studies (Hong Kong) and an Expert Witness. She brings to the Institute a passion for promoting careers in arboriculture and forestry, spreading the word about trees in general, and improving the well-being of our society through improved environments. Sharon is an assessor for the Institute’s Examinations Board. 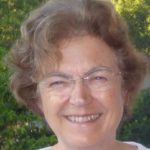 Alison is the Forestry Commission’s Director for their Southeast and London Area. Prior to this she was Area Director for the Southwest and in both roles has spent much of her time raising the profile of forestry and supporting the profession.  A forestry graduate from Bangor University, Alison spent some 15 years working in the private forest sector until joining the Forestry Commission in the early 1990’s initially to manage operations in the New Forest. Subsequently she led a small team managing extensive development projects on the Public Forest Estate.   She has been a member of the Institute since the mid 1980’s and is also a Trustee of the National Forest Company. 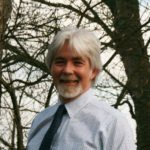 Ben started his career as a forestry contractor in northwest England before attending Newton Rigg. He subsequently spent twenty-two years working with Forestry Commission in south west England and latterly in northern Scotland.  Initially working as a beat forester, he subsequently moved on to forest planning and became district manager in Lochaber Forest District before leaving the FC in 2016. He currently leads the forestry team for Bowlts Chartered surveyors providing forestry services for private estates across northern and central Scotland. Ben has a PhD in woodland and landscape history and has published articles across arrange of related topics. 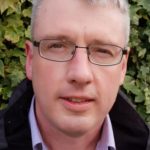 John is a Senior Forestry Advisor at Natural Resources Wales.  John has worked in many forestry roles in the public and private sectors in Scotland, England and Wales over a 30-year period, these roles included land management, harvesting, planning, certification, tree health, grants and regulations. He currently works for Natural Resources Wales. John has a degree in forestry from Aberdeen University and has been a professional member of the Institute for twenty-five years. Matthew is the Director of Group Sustainability, Chairman of the Drax US business, Drax Biomass Inc, and a member of the Executive Committee of Drax Power. He is responsible for teams covering Drax’s global biomass sustainability credentials, for Communications, Public Affairs and Regulation and Markets. Prior to joining Drax, Matthew was the Director, Energy Biomass and then Director, Overseas Wood and Biomass Sourcing at UPM Helsinki. Previous positions also include Managing Director at Forestal Oriental, Uruguay, and Managing Director of UPM Tilhill. He has represented many industry bodies including Confor and the Forestry Commission Advisory Panel, and he was Chairman of the Forestry Contractors Association. 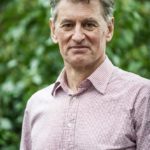 Until his recent retirement Richard was Head of International Forestry, Standards & Certification at Forestry Commission GB, based in Edinburgh. Richard has extensive experience of forestry spanning certification, rural use, and inner city renewal. He has also worked in landscape architecture, planning, arboriculture and consultancy. Richard joined the Forestry Commission in 1989 and worked for seven years as Conservator for SW Scotland. He was transferred to Edinburgh in 1999 to work on policy and has been responsible for the UK Forestry Standard, as well as international work and certification. 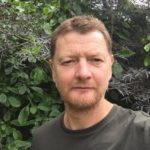 Robin started his career as a carpenter then studied Forestry in Bangor University. He then worked for Fountain Forestry as a forestry and utilities arboricultural manager in South and West Wales mainly. With a Masters in Building Surveying and relocating to London his career path turned to arboriculture and building surveying. As a professional member of both ICF and RICS and running his own small practice, Robin is keenly aware of the value of a vibrant and effective institute supporting members, promoting best practice and growing membership.

Crispin is the Area Director for York and North East at Forestry Commission England. He has been a professional member of the Institute for over 20 years as well as a strong supporter at the local level, having previously chaired the North England Regional Group for 5 years. He is also currently an assessor supporting the entry of new Professional Members through the PME route. After more than two decades working in operational sawmilling, forestry and land management roles, Jim joined Harper Adams University as Principal Lecturer, Forestry and Forest Products. In this role he teaches forestry and develops specialist postgraduate forestry courses. As an ICF Councillor, he has a particular interest in connecting young motivated people to professional career routes in forestry and arboriculture and in working to create broader and deeper appreciation of the benefits that can flow from well-managed, economically-viable forests. Andrew graduated from Aberdeen University in 2001 and worked in public sector forests throughout South Wales. He led the harvesting programme to clear Phytophtora infected larch and led on national forest planning standards, writing the Forestry Commission’s operational guidance for Forest Design Plans. Andrew currently works for Pryor & Rickett Silviculture managing woodlands for a wide range of clients, he is a member of the ICF committee in Wales and the coordinator of ‘Mbale Coed’ a group of volunteers supporting tree planting in Uganda. 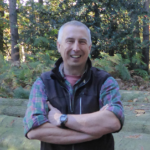 Andrew started his career in 1981 as an Unskilled Forest Worker with the Forestry Commission in South Yorkshire. On completing the OND course at Newton Rigg in 1986 he returned to the FC and was posted to Sherwood as a Beat Forester. Following a period as District Forester, and after several district amalgamations, Andrew took up his current role as Head of Land Management for Central England in 2011. He is keen to promote the multiple benefits forests bring to society. Looking to the future he believes that the professional development of the next generation of foresters is vital. Andrew is currently the Institute’s Midlands Regional Group Chair. 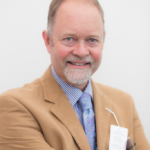 Arboricultural consultant Mark Carter started out in agriculture and worked as a manager on a farm on the Isle of Wight before changing career and running his own tree surgery business. In 2004 he became a full-time consultant, eventually moving from the Isle of Wight to the New Forest where he is still based. He is a Fellow of the Institute, a Chartered Surveyor and has a diploma in arboriculture from the Royal Forestry Society. 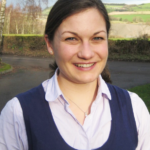 Kerstin studied Ecology at Durham University and, looking to apply these skills, went on to gain an MSc in Environmental Forestry at Bangor University. Attracted by a modern forestry sector, where sustainable timber production is a major player in the Scottish economy, she joined Tilhill Forestry in 2011. Based in South West Scotland, Kerstin is now a Forest Manager covering Dumfries and Galloway, and Ayrshire. Kerstin is heavily involved in Tilhill’s research into alternative control methods for the large pine weevil and has comprehensive experience of forest certification under the UKWAS. Kerstin has been a professional member since 2015 and sits on the South Scotland Regional Committee.